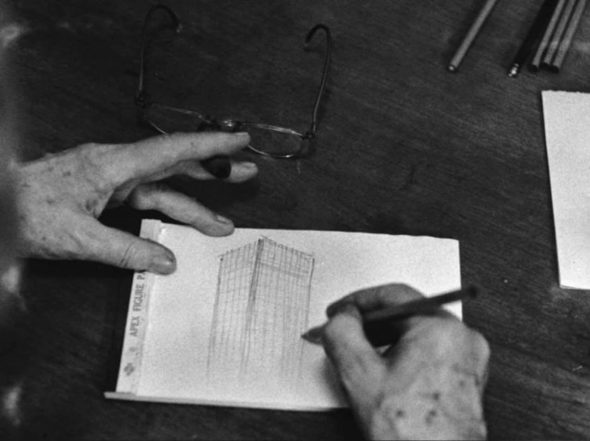 Following the over-saturation of rendered images in the early 2000s, in recent years we have seen a resurgence in both analogue and digital representations of architecture, often mixing different media. From Hopperian tableaus to colourful line drawings, these images play an important role in developing the identity of an architecture office, where these drawings assume a life of their own in publications, exhibitions and on social media. As such, the architectural drawing becomes an increasingly autonomous project, which is validated parallel to the design project. In contrast, this issue of OASE aims to deepen the current interest in drawings by situating the architectural drawing back at the heart of the design process. By examining the drawing as a mental space of thought for the designer on the one hand, and by grasping the drawing in its relation to the built reality on the other. The drawing techniques and instruments as well as the materiality of the media used offer keys to examine the fundamental role of drawings for architectural production.

In this perspective, the drawing can be seen to act within design processes on various levels.

(1) On a material level, the historical development of instruments and media used for making drawings, have continuously redefined the organisation of the architectural workplace, both in its spatial and technological conditions as well as in its social relations.

(2) On a disciplinary level, the different types of drawings and techniques of projection rely on codified conventions, which can be seen to affect the architectural imagination and the subsequent spatial and material qualities of the resulting architectural construction.

(3) And on a design level, the drawing functions as a space of autonomy for architectural production beyond the limitations and demands posed by the different parties involved in the design process.

This issue of OASE is interested in the architectural drawing as a practice embedded in processes of design, influencing and shaping architectural production. It will specifically focus on the relation between two-dimensional drawing techniques (plan, section, elevation, axonometric drawing, perspective), their respective tools and media (pencil, pen, etching, collage, painting, CAD; paper, sketchbook, tracing paper, screen) and the organisation and results of the design and construction process.

As such, we are interested in two types of contributions that focus on the drawing itself:

(1) Paper contributions: we invite authors to contribute to this issue with a theoretical or historical paper departing from a single (or a set of) drawing(s). This proposal should include an image and an abstract of 300 words.

(2) Visual contributions: we invite practitioners to send in a specific (series of) drawing(s) taken from their own practice. This proposal should include the drawing itself and a caption of maximum 300 words describing its relevance to the theme of the issue.