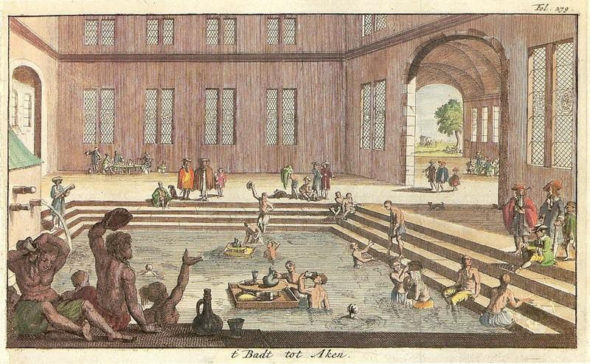 Yet there are collective goods which are indivisible and must be produced, or at least decided upon, by those who benefit from them, and indeed by their collectivity: social solidarity, distribu­tive justice and the general rights and duties that constitute citizenship. I call these political goods, and would maintain that not only do they need to be made attractive by other means than product diversification, but that allowing them to be judged by the same standards as modern commodities must ultimately result in a situation in which they are critically undersupplied.

More specifically, I am arguing that citizenship is by its very essence less comfortable than customership, and if measured by the same criteria must inevitably lose out. — Wolfgang Streeck, ‘Citizens as Customers’, 2012.

Metabolism is a powerful metaphor when it is understood in the original sense of the German word Stoffwechsel, as the conversion of matter from one form to another. The metabolism therefore depends on the circulation of substances between the different points that make this Stoffwechsel possible. In the history of metabolism, and the recent revaluation of the concept within urban design and architecture, particular attention has been paid to mapping and controlling the substance flows that were severely disrupted by industrialization from the nineteenth century onwards. Much less attention has been paid to the contextualization of the places where this metabolism took place. However, these places have been the subject of substantial transformations since the beginning of the twentieth century. Some existing collective arrangements such as the washing place, the bathhouse or the well were dismantled and then redistributed between the house and the network. The urban utility systems were increasingly disappearing underground and the citizens were provided with appliances that made the metabolism in the house possible. The major transformation processes of water purification, water extraction, energy generation, composting, incineration, etcetera were given a place in a logistical landscape outside the city.

This meant that the big metabolic processes not only became invisible to the public, but in a certain sense they were also politically ‘neutralized’, because they could no longer be used to organize a difference in the public domain. Public washing places, communal bread ovens, public baths, urban gasworks and power stations, common land of farmers, drinking water fountains on squares, the urban slaughterhouse, and so forth were once publicly managed places of metabolism, which had to help keep the urban household of a community in order. At the same time they also facilitated another form of urban accumulation because these places added an additional layer of meaning to the urban landscape: there were specific agreements and codes of conduct that regulated and enabled the shared use of these places in an urban environment.

The contemporary transformation of the urban metabolism in function of climate and sustainability objectives subsequently generated a new rearrangement and rescaling of the places of metabolism in the city. This development leads both to further dematerialisation and to new commons and public places of exchange. The climate city is strained between the SMaRtphone that facilitates the hyperindividualisation of urban services and the new infrastructure of water squares, heat hubs and local associations for food production that show the political-ecological interdependence of citizens and reintegrate them into their environment.

This issue of OASE wants to look at the metabolism from the historical shifts outlined above. If architecture and urban planning can contribute anything to the debate on metabolism, it is not simply by making the ‘metabolic machine’ more efficient, by designing it better and by optimising its embedding in the environment. What forms the core of this OASE issue, is how architecture and urban design can contribute to a politico-ecologically relevant project of metabolism, which — as Streeck indicates in the above quote — assumes ‘citizenship’ rather than ‘customership’. This means that we are looking for projects that do not just follow a metabolic logic, but rather for descriptions of projects (from the present or the past) that help create the conditions under which the metabolic perspective can once again generate an urban perspective of ‘citizenship’.

Papers for this OASE issue can take theory, history or design projects as a starting point, from the nineteenth century until today. The contributions should correspond to at least one of the descriptions below:

A) Papers that trace what the impact of economies of scale was/is (as the dominant logic within the economy) on the metabolism and the changing presence of that metabolism in the cityscape.

c) Papers that put metabolism as Stoffwechsel – and not just as a flow or circulation – back at the centre of contemporary urban projects and thereby create the possibility for new forms of citizenship and the development of an urban project.

Go to the official call.