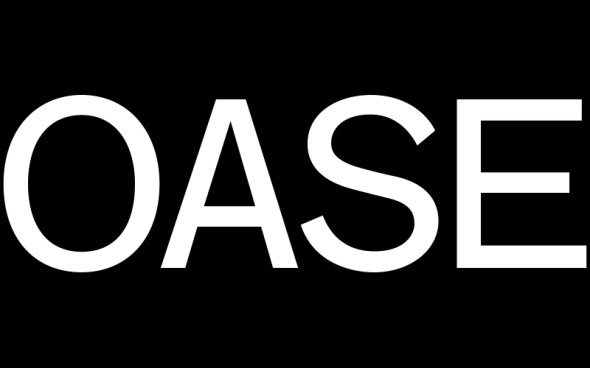 In 1980, just a few months before the opening of the first Venice Architecture Biennale, critic and historian Kenneth Frampton slammed the door, resigning from the curatorial team put in place for the exhibition. His criticism of the central theme of the exhibition, the so-called glorification of the past, ushered his subsequent ‘alternative’ approach to postmodern architecture. Three years later, Frampton made his ideas public by publishing his seminal essay entitled ‘Towards a Critical Regionalism, Six Points of an Architecture of Resistance’ (1983). In this text, Frampton investigates the situated condition of architecture: elevating the specifics of topography, climate, light and tectonics as essential to the art of building. ‘In a climate where culture becomes a global concept,’ Frampton suggests, ‘a certain form of resistance seems to develop that finds added value in the locality of a given.’ In other words, Frampton defends an architectural position that, while conforming to globalizing tendencies, also strives for ‘some form of cultural, economic and political independence’. The text’s importance and critical fortune is incontestable. Widely circulated, it was reworked and published in a number of journals and integrated in Frampton’s Modern Architecture: A Critical History. While the text wished for a novel reading of contemporary theory and practice, it gave rise to the recognition of an important body of work by architects from Spain, Portugal and Scandinavia. This issue of OASE examines the canonical role of Kenneth Frampton’s concept of ‘critical regionalism’, reaching beyond its traditional reading. It explicitly searches contributions that explore Frampton’s idea of ‘critical regionalism’, exploring both its genealogy and its influence.

The OASE editors of this issue are interested in two types of contributions:

1) A first group of contributions proposes a critical re-reading of the text addressing one of the following themes.

Resistance
Referring to Paul Ricoeur’s writings, Frampton urges for an architecture that would resist universality. How do we need to understand the notion of resistance in Frampton’s text? What is incorporated in this particular notion and how is it explicitly echoing Frampton’s attempt to contribute to the so-called incomplete modern project?

Modern/Postmodern
‘Towards a Critical Regionalism’ proposes a new pivot between modern and postmodern architecture, forging a relation with history in contemporary architectural production while keeping distance from historicism. 2 This particular perspective on the postmodern would distance Frampton from his contemporaries and forced him to leave the curatorial team of the 1980 Venice Biennale. How is Frampton proposing an alternative path towards postmodern architecture?

Research or Argument
In his text, Frampton brings a diverse number of fields together: Material and tactile studies, politics, and philosophy. How can we conceive of this particular combination of perspectives and value systems? Should it be understood as precise methodology to investigate buildings and cities, or does it function as an argument to forge a specific and personal agenda?

2) A second group of contributions explores the propelling character of the text and its recognition in current architectural practice.

We are interested in contributions that start from the analysis of one specific and particular building in order to examine one of the themes stated in Frampton’s text. Possible themes are:

Architecture and its relation to nature and topography
‘The bulldozing of an irregular topography into a flat site is clearly a technocratic gesture which aspires to a condition of absolute placenessness, whereas the terracing of the same site to receive the stepped form of a building is an engagement in the act of “cultivating” the site.’ Kenneth Frampton, ‘Towards a Critical Regionalism’, in: Hal Foster (ed.), The Anti-Aesthetic: Essays on Postmodern Culture (Port Townsend, WA: Bay Press, 1983), 26.

Light and climate control
‘The generic window is obviously the most delicate point at which these two natural forces impinge upon the outer membrane of the building, fenestration having an innate capacity to inscribe architecture with the character of a region and hence to express the place in which the work is situated.’ Kenneth Frampton, ‘Towards a Critical Regionalism’, in: Hal Foster (ed.), The Anti-Aesthetic: Essays on Postmodern Culture (Port Townsend, WA: Bay Press, 1983), 26.

Architecture and Tectonics
‘Despite the critical importance of topography and light, the primary principle of architectural autonomy resides in the tectonic rather than in the scenographic: that is to say, this autonomy is embodied in the revealed ligaments of the construction and in the way in which the syntactical form of the structure explicitly resists the action of gravity.’ Kenneth Frampton, ‘Towards a Critical Regionalism’, in: Hal Foster (ed.), The Anti-Aesthetic: Essays on Postmodern Culture (Port Townsend, WA: Bay Press, 1983), 27.

Tactility and objecthood
‘It is symptomatic of the priority given to sight that we find it necessary to remined ourselves that the tactile is an important dimension in the perception of the built form. One has in mind a whole range of complementary sensory perceptions which are registered by the labile 3 body: the intensity of light, darkness, heat and cold; the feeling of humidity; the aroma of material; the almost palpable presence of masonry as the body senses its own confinement . . .’ Kenneth Frampton, ‘Towards a Critical Regionalism’, in: Hal Foster (ed.), The Anti-Aesthetic: Essays on Postmodern Culture (Port Townsend, WA: Bay Press, 1983), 28.

Proposals for contributions should be submitted to info@oasejournal.nl by 15 May 2018 and must include a proposed title, an abstract (maximum 300 words), as well as the contributor’s name, professional affiliation (if applicable), email address and a short bio (maximum 150 words).