cliché ‹klišé› s. m., fr. [Part. pass. of clicher «stereotyping», an onomatopoeic voice that originally expressed the noise of the matrix falling on the melting metal]. – 1. Generic name, in use, spec. in the past, in the graphic arts (also in the Italian cliscè adaptation), to indicate the zincographic matrix for illustrations to be included in letterpress forms. 2. fig. Expression without originality, often repeated, and therefore annoying; sentence made, stereotyped, abused; concept or judgment now crystallized; behavior, banal, obvious: to express oneself through traditional clichés; continually repeat the usual things, according to a c. now outdated; live, write, act, paint, sticking to a cliché.

Crediting the origin of the word “cliché,” Quinta Colonna launches a call for submissions where words are not forbidden, but priority is given to visual content.

Cliché was originally a tool used to reproduce an image through different printing techniques. From a single cliché, almost indistinguishable copies are generated in a repetitive process.

Cliché is also something defined as a cultural superstructure. The repetition of the basic element creates a pattern that leads to a meaning that differs from the original one. These superstructures contribute to build the stereotype, which in turn, sometimes, redefines the meaning of things themselves.

Cliché depicts a negative meaning only if you use it in  that sense. Like any other tool, it does not have a specific destination, but it makes itself available for multiple possibilities. Multiple scenarios that acquire meaning and concreteness also through these means of action and reflection.

Cliché is a mold that gives form. Sign/Matrix, that is not regardless of condition and characteristics, but first of all is meaningful as a project for a future series of objects – series of autonomous elements, or series as a whole, units of compound multiplicity.

Repeatability as design principle. Replication as result, but also as main summary of the whole process.

In the era of reproducibility and its multiple effects on many disciplines, cliché is often limited to just a single aspect of the operation: the result of a brutal and superficial synthesis of the meanings associated with the entire process.

Therefore it appears as an incubation process/subject of what is reproduced, programmatically without an adequate critical filter or a specific larger project. Cliché is seen as the re-proposition of elements/factors, even completely de-contextualized. This kind of use involves the loss of any possible value, leaving the cliché as an empty reiteration, not emblematic  of a sense, but of its absence. Repeating, adding and overlapping result in the emptying of the meaning of the single matrix unit, leading to a new “truth” and general meaning.

Quinta Colonna works on multiple approaches of critical reflection and intends to keep a particularly open mind on cliché, reconsidering neglected practices and paying the right tribute to the practical – but also theoretical – origins of this term. In those circumstances – matrices within the context of the print and editorial production – a substantial meaning is recognized. Form is substance.

At the same time, the contemporary use of clichés – conscious or unconscious– has the value of medium to represent the debate and existing practices, scientific or not. It is otherwise a tool for framing and crystallizing themes, methods, products, approaches, attitudes.

The call looks for any kind of contribution that expresses “clichè” with visual communication.

Note to the text
Original Italian version of the definition of “cliché” can be found here (Treccani).

Also add 5 keywords and a short bio in 30 words for each author.

All the information about the submission, and the official call, can be found here. 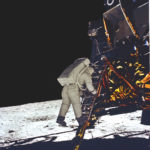 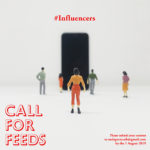 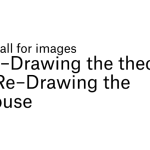