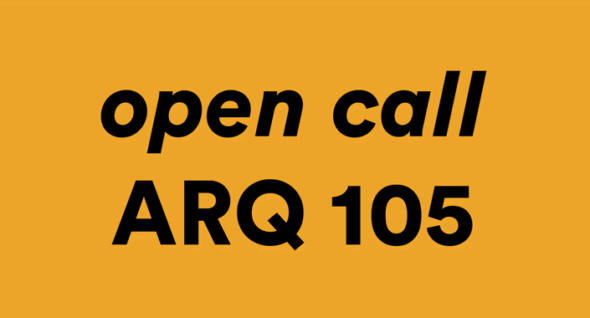 Beyond the romantic content that is often ascribed to its sociopolitical aspect, resistance is an ambivalent condition. As it depends on an external entity, it is not autonomous; that is, it only appears in relation to an exterior. It does not exist without something to resist. It is an opposition to forces that, as such, supposes taking a stand to exercise that opposition from.

Thus, there may be resistance towards aspects as clashing as the status quo or the idea of change. To further complicate these matters, resistance is also a condition that spans across many areas. Architecture is one of them. For example, a building can physically resist to external conditions such as an earthquake, the weather, or even pollution. In fact, the building is a tool that not only helps us resist nature but, due to its mainly static condition, it is also a tool to resist the passing of time.

In its 105th issue, ARQ is interested in investigating not only the ways in which architecture resists but also the possible architectures of resistance. Submissions are open to essays, projects or investigations that, while addressing ways of resisting, may also be irresistible to its readers.

Research and Essays
.doc file of an extension between 2000 and 4000 words. Texts must be original (or at least they must not have been published in Spanish), and should have an academic standard.

Work and Projects
Letter size .pdf file of max 10 pages which must include: memory, floor plans, pictures, and technical data.

Critiques
.doc file of an extension between 800 and 1,000 words. Texts must be original and the object of critique has to be built, opened or launched after 2015.