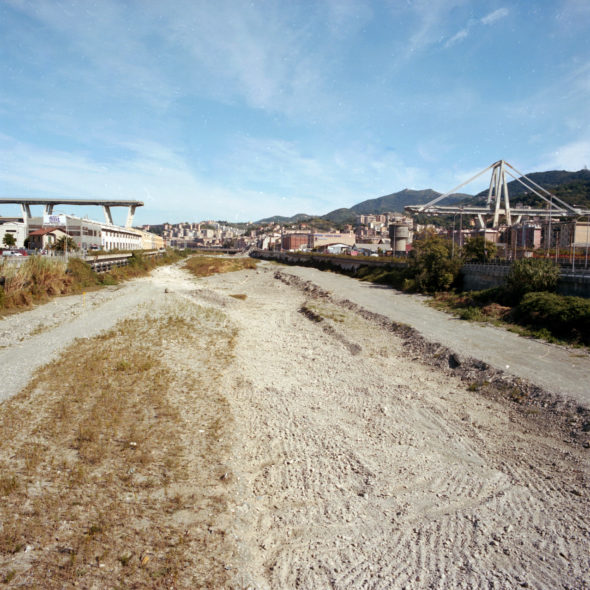 In 1973 Gordon Matta-Clark, invited by galleria Forma in Genoa, realizes one of his first interventions of legal cutting: A W-Hole House. The artist transforms the architecture of an abandoned house in Sestri Ponente, not far from Val Polcevera and from the neighborhoods of Sampierdarena and Cornigliano, in an anarchitecture, which means here the interruption of a conventional thought.

Our call requests all participants to deal with the absence and, where appropriate, to fill it. It’s an elusive provocation, not a cynic one. We would like that the collapsed bridge, like Matta-Clark’s A W-Hole House, would become, with its huge cut, an anarchic structure, without a unique sense, beyond any dogmatic border, with a personal disorienting beauty, able to receive any intrusion, out of that paternalistic and paternalizing consent. Working in absence and with the absence doesn’t mean to work with the void, but rather to dialogue with something or someone that should have been in that place, or that was there in a specific moment.

We are asking you to work with a present absence, using an oxymoron, with the goal of facilitating a different mobility. This means, for us, to be able to picture a redistribution of a mass, full of stress and maybe also ambiguity, to turn it into one of the possible futures. Absence, at a neurologic level, is a fleeting suspension of consciousness, a sudden crisis, of which just an impression that something absurd happened is left. We would like that the cut of the bridge on the river Polcevera worked together with you, inviting to intrusion, hosting transformations, as if the material and the concept settled on the same instant, like inside a “presentology”, free from sequential time.

All submitted proposals will be shown at Pinksummer Gallery (Genova) within the exhibition Filling the absence, by Yona Friedman and Peter Fend, inspired by the symbology of a bridge, that expressed in its fall the entire danger of an artifice able to reconcile, as, to say it with Georg Simmel words in Bridge and Door: “Before nature, just the human being is able to join and divide”, transforming life in a form.

The exhibition, curated by Emanuele Piccardo and Andrea Canziani, with a video-documentary realized in collaboration with Nivola Museum (Orani, Italy) curated by Elisa R. Linn & Lennart Wolff, will open on 28 February 2019 at Pinksummer. 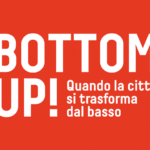 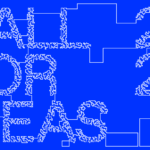