Cristiano Tosco interviews Greek architect Aristide Antonas about his practice, with a particular focus on housing and the way in which it relates to contemporary culture and technologies. 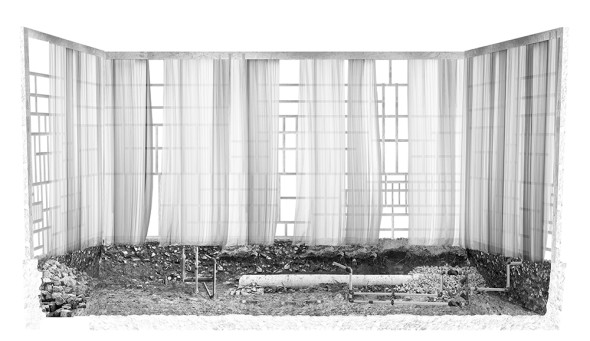 In your opinion, how connected are the terms “contemporary housing” and “urban adaptation conditions”?

This is a moral question, isn’t it? I don’t blame you for starting with it, however it could be somewhat reworded to ask: “when considering contemporary housing, is it necessary to adapt to shifts in the urban sphere, or should we resist them? Should we work with the changes or work against them?” This is how I interpret your question.

And firstly, it is necessary to define what these so called “changes” are in order to understand the question fully. We define the shift, or the resistance, in accordance to these changes. This is a large work, and an interesting one. I believe that the changes you refer to are related on one hand to the use of the Internet, and on the other hand to a geopolitical change – to major population shifts that reflect the growing need of housing space today. But these two tensions – the expansion of the web and the population waves – show in themselves two different ways of adapting housing to what could be new urbanism, or “the new urbs”. It is true that the web is impacting the domestic space; in fact, I once described the web as an expansion of Cerda’s urban project. Although the changes in the domestic space are not yet formalized as interventions in the arrangement of houses, it is becoming obvious that one of the most important impacts the web is having is in “housing minimization” – the minimization of the “house”, or the room, or the space of the web user. We can already speak about a new era of the room and about a city of rooms. Augmented spaces also ask for smaller surfaces and less space for action, because action is becoming increasingly unnecessary.

What I find particularly interesting, is that the adaptation you are referring to is mostly a radicalization of minimum space, a drastic reduction in square meters per inhabitant. Both ways of describing the urban transformations that I propose lead to this minimization, so therefore your question brings us to another: are there two types of minimization, or are they to be considered together? To understand your question we have to work towards an accurate description of a complex situation. The “new urbs” already stand as an existing population of individual users, and the next urbs may have to adapt to large numbers of newcomers to northern societies. Again, in order to host more with less, we need to construct some examples of this double adaptation. We need to build a frame in response to your question, not provide an answer. What I mean to say is that there is a lot more work to be done at the conceptual level. We need to describe the conditions in which we live differently. If we do not, any form of answer will be conceptually unstable. Only accurate questions can orient this research, and we can formulate many such interesting questions by working on contemporary housing, which is different from the past. It is first and foremost a field of investigation and a field of experimentation, a field with well posed questions rather than a field with simple answers. 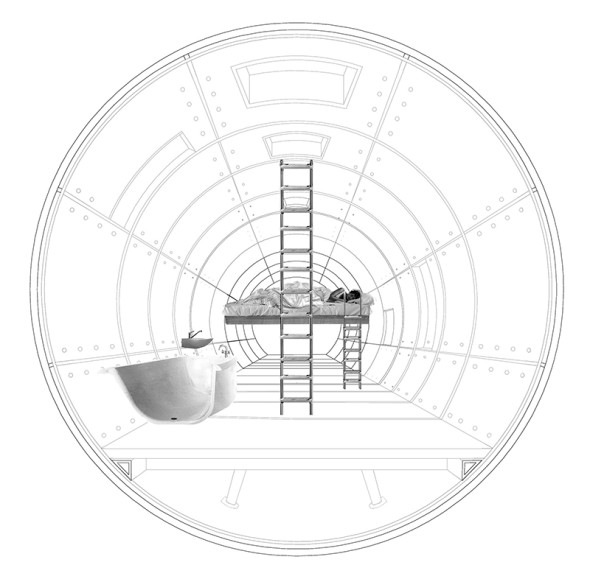 Aristide Antonas, Apartment in Vehicle, from the series KEG Apartments, 2012-2015

Your perspective often decontextualizes notions of “time”, “space” and “society”, combining them with a mix of vehicles, landscape and various devices. How could you hypothetically label housing shapes within your proposals?

I could not provide a label because I have worked hard to avoid them. I work to make things more complicated than they seem, less easily readable and different to how they are announced. Even more, I work to destroy labels. Putting a label on something is easy and boring, and I am unsatisfied with things that are easily understandable. I try to block meaning, or at least try to avoid or normalize meanings. This is not because of an aesthetic attitude, but because I believe all simple meanings hide a threatening side. Their normalization often takes a threatening form. I try to be vigilant in relation to this normality of simplicity. I work for this different type of simplicity, which decisively installs complication.

It is not easy to interestingly complicate things. Just imagine asking a passer by “is it a good morning?” instead of simply saying “good morning”. It makes a difference. If we do not complicate things, we will stay in the worst web, which is a nightmare – a plethora of quick labels that one can choose for his life without designing anything. I work in order to destabilize and unpack labels.

In saying this, however, I understand your description of my work; I agree that there is more to think about it in relation to de-contextualization. The concept of “context” in general suffers today. The everyday tends to organize itself through an artificial connection to contexts; contexts can never vanish, but they become increasingly artificial. We borrow contexts for short periods of time. We rent contexts too. Contexts have become protocols – rigid systems of reference. I think that trying to create contexts is already a way of operating within “reality”: not creating forms so much as frames, backgrounds and landscapes, or scenographies that can receive acts.

The concept of “a field of ruins” is linked to this new understanding of context that is a constant call for de-contextualization and an invitation for one further contextual approach. We need archeology to produce context. Context is not an automatic condition in which we are found, we must constantly strive to create context out of existing matter. Context is now our work. Maybe this is also an answer to your question about shaping housing in my work. There is a hidden violence in all this work. I try to investigate the context rather than directly challenging the form of housing. 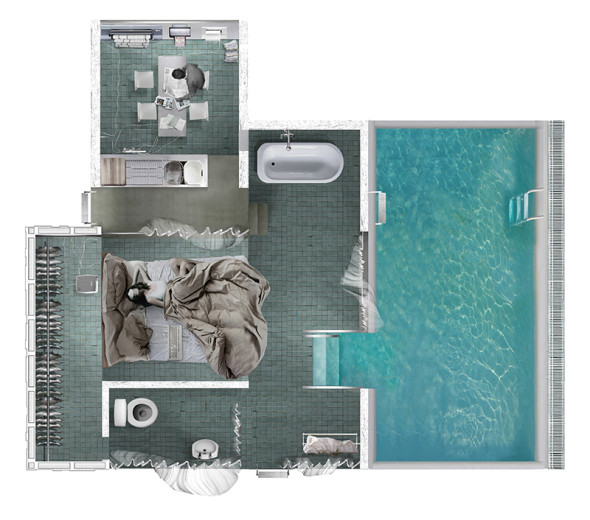 Aristide Antonas, Plan of the Responsible Apartment, from the series The House for Doing Nothing, 2013-2015

Both in society and in your practice, “living the space” is becoming an increasingly parasitic phenomenon. Could you comment on the tangibility between the theory and reality of housing conditions?

“Living the space” is not a clear concept. I mean, concepts are never clear, but “living the space” is a particularly unclear one. “Living the space” was never ubiquitous. In a sense, space was always parasitic to some extent; it was a shadowed land, an abstract disposition for actions. Even the term “space” remains parasitic in presence, its definition can go with what you detect as a problem. Space tends to be overlooked, and it carries the power of the unnoticed, it is important but always formed as the question about a frame.

Nevertheless, I do understand your interest concerning a change in how we perceive space today. The space of today is different than yesterday’s. We see a shift between this space and the older one as we pass from one period to another. Together with this change, the user of the web has transformed from the inhabitant of a modern apartment into somebody who is increasingly related to an inhabitable cockpit. If the core of the inhabitant’s cell is more or less an abstract screen, if the center of life becomes a permanently contactable inventory, then part of the inhabitant’s world is transformed into a consciously absent world; a specific, institutionalized absent world. This distinct absence forms our question. Can architecture provide strategies to help us orient ourselves both inside and outside of this situation? Furthermore, this absent world in which we refer to is not introduced as a distant field; instead it organizes a different “immediate” space of the inhabitant.

Architecture’s work is to interpret this paradox. The difference between theory and reality is not the problem here. We do not have to specify this difference but rather to accept the laws of this different field, where mediation is increasingly conscious and still understood as immediate. New hybrid immediacy is formed and so the relation between theory and practice also becomes different. Reality is now too theoretical and mediated; this remark organizes the questions we raise concerning the architecture of housing. My work can be seen as an area of investigation into this distinct conscious mediation in our immediate life. 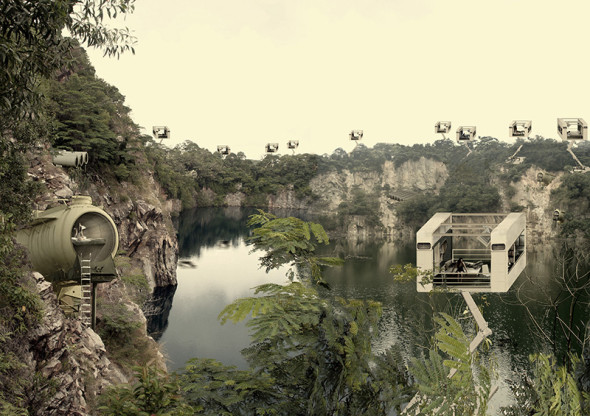 Aristide Antonas, Landscape with Infrastructure, from the series KEG Apartments and Crane Rooms, 2011-2015

The univocal ratio between form and function, typical of the Modern Movement, is now outdated. Your houses, such as “The House for Doing Nothing” and “The Amphitheater House”, in a sense confirm it. Against this background, how do you imagine the rereading of this historical relation?

There is a strong dipole between form and function, and I try to read it in a new frame. Although the dipole can still be applied to many situations, it is not enough. In my opinion, it is merely a western perspective to read actions. If we have to distort it from a contemporary city point-of-view, we could restructure it with its opposite: Form no longer follows function, but rather action happens before ruins. From this viewpoint, action replaces function, and form is not important. “Form follows function” cannot stand any more, nor can form shape action. Instead, we go directly to some ruins detached from actions, which can only serve as a necessary background for actions themselves. Since function is no longer categorical, it could always exist as a multiple, paradoxical, unnecessary, anti-obligatory, heterodoxical action.

The field that is destined for the actions I am describing is already indifferent to functionality. A dramatic cut between form and function is already on the agenda of the next domesticity. Not because a theatrical rationale won the structural logic, but because of the users relationship to this nearing sphere of action brought about by the screen. What we describe as augmented is merely a reality that introduces the body to this category of the screen.

Cristiano Tosco is a young graduated in Architecture from Turin. He focuses his research on contemporary housing questions. While collaborating with some offices in Turin and Leipzig, he works on public expositions, academic publications and international competitions concerning innovative tools for the conception of architecture. He also studied in Bauhaus Universität of Weimar where enlarged his systemic view of design processes and deepened the role of objects-users relation.

Aristide Antonas’ work spans philosophy, art, literature and architecture. His art and architecture work has been featured among other places in documenta 14, Venice biennale, Istanbul Design biennial, Sao Paulo biennale and had solo institutional presentations in Basel’s Swiss Architecture Museum and in Austria’s Vorarlberger Architektur Institut. As a writer and playwright he published novels, short stories, theater scripts and essays. 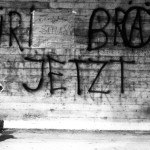 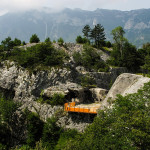