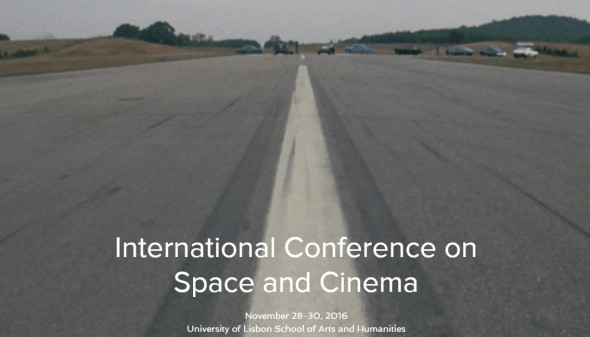 November 28-30, 2016
University of Lisbon School of Arts and Humanities

The Conference will focus on Space and Cinema in order to examine the ways through which cinema deals with spatiality, in its bodily and geographical materiality, as well as in its symbolic and theoretical frameworks.

Heterotopic as it is, screen space juxtaposes several different spaces pertaining to different dimensions (Michael Chanan, The Documentary Chronotope, 2000): both mise en scène and cinematic dispositifs spatialize the gaze, the vanishing point where the filmic and the pro-filmic intersect. Space is therefore represented, conveyed and appropriated by the cinematic apparatus, calling into question the historical, political and philosophical aspects of an aesthetics of spatiality in a broad sense.

All of these distinct categories point to a fundamental idea: by definition, the moving image dinamizes space and spatializes time, thus contributing to the changing perceptions of space and time. We are interested in the concept of space as an inherently cinematic feature that led to specific developments in film language in early cinema, and which is still an on-going subject of debate. Its conceptualization around and translation into the film form has been the object of many theoretical and artistic approaches, which places this call for papers in an expanded field of work and research. We aim not only to look into the object-film itself, but also to enrol in creative and critical excursions in the form of papers or visual essays that somehow promote the discussion of space and cinema (and other moving image practices).

Potential papers can address, but are not limited to, the following topics:

The Conference’s working languages are Portuguese and English. 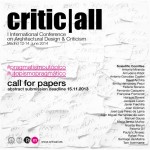