The(Un)RealShit – Talk to the End

The(Un)RealShit – Talk to the End from Davide Tommaso Ferrando on Vimeo.

The(Un)RealShit is an ongoing investigation on current practices of architecture marketing based on video communication. Recurring to video editing as critical tool, The(Un)RealShit aims at unveiling some of the new ways in which architectural ideology is being constructed and disseminated through the web.

The third clip, starred by Polish-American architect Daniel Libeskind, parodically reflects on the misuse of language that is being currently perpetrated by the agents of the real estate market – architects included. In “Talk to the End”, Libeskind describes Villa Libeskind – “his first high-end residential project of a limited edition of 30 villas to be built world wide” (goo.gl/e0iCvo) – recurring to metaphores, hyperboles, rhymes and other rethorical devices meant to cast an aura of extraordinariness on the house, so to transform it in an object of desire. But his performance ends up being involuntarily comic: impulsed by the need to seduce, words lose contact with things, dissolving his narrative into an extravaganza of meaningless architectural slogans. How much does your discourse weigh, Mr. Libeskind?

Watch all the original videos of The(Un)RealShit’s growing archive. 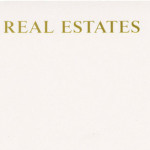 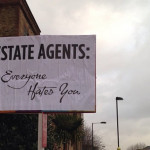