I am used to writing on the books I read, summing up and sometimes commenting the parts that are more relevant to me on their first pages, which are usually left blank, so to be able to easily find them. What follows is what I noted down at the beginning of Real Estates: Life Without Debt, edited by Fulcrum (Bedford Press, 2014). 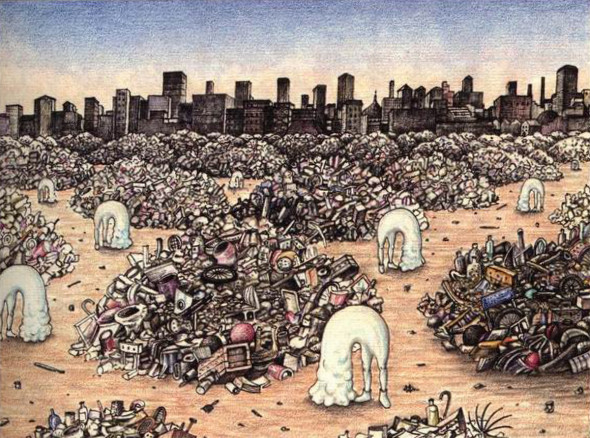 p.22 ||neoliberalism is a design principle that insists markets are the basic organisers of design. It promotes a kind of design monoculture, which is misrepresented at once as free choice and irresistible need||

p.26 Unless you transform spatial organisation, no revolution can ever be possible

p.42 From its inception in the middle ages, real estate has given private property a social dimension

p.42 |Use, understood as the act of sharing, is the supreme form of living together in common|

p.54 |With the division of labor, the meaning of building-as-dwelling is lost| *Heidegger*

p.60 ||Building whose character, scale and programme was determined by the way in which they were financed||(!)

p.76 Money can be also stored as architecture

p.89 {The investor has no interest or say in the asthetic qualities of the home}

p.90 Subversion of a system first requires an understanding of how it works

p.110 |Debt as the political instrument through which social control is maintained and state power is exercised|

p.126 |The sentient capacity of architecture has to do with its form, materiality and organisation|

p.129 Space is the most stable kind of property