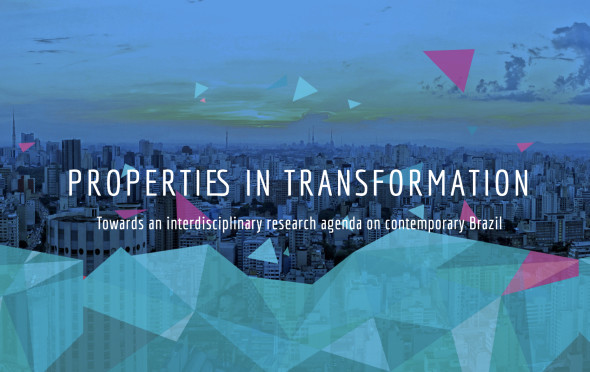 When it comes to discussions about cities and citizenship, certain buzzwords experience cycles of notoriety. With no doubt, Gentrification is one of those. There is almost no conversation (academic or not) that deals with the present and future of cities and urban areas where it does not appear. Although the term has the capacity of generating public attention and interest, it is also true that the diffusion and normalisation of the word may lead to the deprivation of its meaning or, even worse, in the homogenisation of situations that share very little with each other. We have launched this project because we are worried about gentrification but also because we realise the importance of being careful when talking about gentrification, especially in the Global South: What do we mean when we talk about it? To what extent is ‘it’ currently occurring? Above all, does the idea of gentrification help (or not) the construction of a thick, complex and appropriate understanding of what cities, citizens and citizenships are facing in cities all over the world?

Our interest in ‘Gentrification’ combines with the multidisciplinary agenda of the network of researchers and activists Properties in Transformation, the objective of which is to develop a theoretical understanding of the life, practice and experience of properties starting from concrete examples and with the adoption of an empirical approach. On the line of Properties in Transformation, our symposium on ‘Understanding, Engaging and Resisting’ gentrification wants to shade light on how, by which mechanisms and with which consequences, the transformations of the urban landscapes are happening. In historic and political moment where the structures and practices of the property are increasingly subject to local and global dynamics and pressures (such as financialisation, de-peasantisation and abandonment of the rural areas, integration of cities with global value chains, etc), concrete examples and more theoretical reflections will help the participants understanding what is meant for gentrification (or its plural gentrifications), the usefulness of the word and the way in which it unfolds, offers a much needed possibility to avoid, engage and reverse it.

Learning from Brazilian cities as an example and laboratory of processes and dynamics that are unfolding elsewhere in the Global South, the organisers have identified two thematic axes and decided to put them at the center of our symposium: the need to qualify and quantify the gentrification as a word with multiple and conflicting meaning, which is often empty and incapable of representing the complexity of what happens on the ground (Thematic Axis 1); the challenge of going beyond the simple enunciation of the problem, i.e. how actors from both the academia and outside try to combine investigation and action, strategic thinking, construction of alternatives, organisation of resistance and, in general, how do we shift from theory to the praxis of stopping, preventing or reversing such processes (Thematic Axis 2).

We realize that gentrification (or gentrifications) has specific ways of manifesting and happening in the metropolises of the global South. However, the work of transferring the concepts from the North to the South and among countries in the South requires attention, care and engagement with the diversity and multiplicity of scenarios that characterise each context. Empirical studies, fieldwork, activism, projects and alternatives to the problem have been proposed all over the Global South: we would like our symposium to act as a gatherer and a platform for the creation of collective knowledge and the identification of common struggles and opportunities.

As much as we realise the importance of assessing the phenomenon, we believe that it is necessary to go beyond the use of the term gentrification as a form of mere complaint. For decades, the process has been identified in the cities of the Global North, where academic literature and empirical studies have showed and criticised the pace, mechanisms and consequences of these urban transformations. However, to what extent could these terminology, methodological frameworks and normative perspective work in the Global South? How can we harness these ideas and readapt them to the different historical, social, political and legal contexts? Are there forms of resistance and/or reorganisation that have been successfully reproduced or tested in the Global South? Had they the desired impact or generated unexpected (positive or negative) consequences? How can they be Improved and what is the role of public administrations (including the executive and the judiciary), civil society organisations, the private sector, academics?? Refusing the idea that the future is already given and convinced that it is a terrain of dispute that depends on the power, competence and capacity of collective, public, institutional and private social actors, the symposium seeks to contribute to strengthening of social capacity to understand, assess, engage, prevent and resist the processes of Gentrification. We believe in the timely and important nature of the theme and we believe that our international symposium will represent a precious opportunity to set the basis for a multi-disciplinary and international network of people and institutions with shared goals and different perspectives.

1. The symposium is a multidisciplinary space. We welcome abstracts from researchers from different sectors and disciplines (e.g. law, anthropology, sociology, architecture, urban studies, history of urbanism, and in particular perspectives that focus on issues of gender, race and class), independently from their affiliation, representatives of civil society organisations involved in urban processes around the Global South, and any other individual or group who are directly involved in the study, assessment, engagement or resistance against gentrification. Topic, perspective, capacity to dialogue with the other participants and quality of the contribution represent some of the elements that will be assessed in the selection process.

2. Proposals can be individual or collective. Individuals can only submit one proposal as sole authors. In case of co-authorship, the organisation may accept two papers co-authored by the same person, but only if they are in the two thematic axes. Co-authored proposal cannot be signed by more than four authors.

3. Proposals will be accepted in Portuguese, Spanish or English.

4. Proposals are submitted in the form of Expanded Abstracts with a maximum of 1.000 Words. The deadline is October 12nd, 2018. The authors must send the document via email to (seminario.gentrificacao@gmail.com)

6. Each author should submit two documents: (i) one containing the name of the Author, Membership and Title of the article; and (ii) one anonymized containing only the title of the article and the expanded summary. As the articles will be selected through a blind process, make sure that the file does not contain your name or the indication of your institution.

7. The communication of the selected summaries will take place before October 21st 2018, on the electronic page http://propertiesintransformation.org/ and through electronic correspondence to the addresses informed by the proponents.

The Expanded Abstracts will be analyzed by Scientific Committee and a restricted number of proposals will be selected to be presented at the Symposum.

Partner institutions do not have the resources to cover travel, lodging and food. Certificates that proposals have been accepted to support any requests for funding may be issued at the request of interested parties.

The authors of the selected proposals should submit the complete articles via email before November 30th 2018. Presentation of the paper in the Symposium is conditioned to the submission of the full article on time. Each article should be of around 8.000 words (bibliography not included), in English, Spanish or Portuguese. Reference style is Harvard Style.

The articles should follow the same formatting rules as the expanded summaries, and it should have a front page with the article title, Summary (100-250 words) and keywords (up to 5) and a summary on the second page.

It is the intention of the organisers to publish a special issue containing some of the papers presented during the symposium, collectively selected by the organisers.