In this ten-point text, Roberto Damiani proposes an alternative, “wasp-orchid” approach to the urban phenomenon, suggesting the necessity to provide architecture and urban design with a model that is more efficient and alternative to traditional interpretations of the city, such as the ones of “archipelago” and “aggregated object”. DTF

David Hockney, Mulholland Drive: The Road to the Studio, 1980

1. The following text is an attempt to theorize a formal reading of urban conditions beyond the polarized model of center versus periphery. Centralizing and decentralizing local phenomena are interrelated and part of the same processes of formation of emerging and established megaregions. To analyze such heterogeneous continuum, polynuclear models don’t appear to work anymore. They focus on centers or nodes, leaving conditions in between them overlooked. In place of this model, the “region of adjacencies” reads forms of urbanization as spatial conditions of recognizable adjacent entities;

2. As a new set of principles, the “regions of adjacency” addresses the current conceptual gap between parts and whole. How does the whole as an aggregated form work? What keeps regional parts together are various conditions of adjacency with multiple degrees of relatedness;

3. The “regions of adjacencies” provides a whole-parts formal reading alternative to elementary urban and regional models such as the city as archipelago (1), and the more recent city as an “aggregated object” (2). Both prioritize a reading of urban conditions as arranged around discreet formal aggregations, emphasizing the contrast between what is dense and what is not, and thus what is urban and what is not. The “regions of adjacencies” implies relational rather than oppositional relationships: buildings-open space, city-nature, city-countryside, downtown-suburbs, are replaced by what urban areas are: an articulated continuous framework of adjacent entities;

4. If seen as adjacent entities, each part does not perform as a self-enclosed system; rather they function as “in-between” entities. Therefore, the form and character of each entity are defined not just by its inner qualities, but also by what surrounds it.

6. Urban regions described as a patchwork of adjacent entities offer a counterargument to the thesis that modern cities are unstructured. Instead, current forms of urbanization are fully structured around clear and straightforward principles – quite often economical and utilitarian ones. Instead of disorganized, we can talk about unrelated urban forms. Residual spaces are typical outcomes of separate or conflictual urban forms;

7. Conditions of adjacency function in four dimensions. As part of a cumulative process, edges and boundaries change over time. They are manifestations of conflict and negotiation between public and individual agencies. Patterns of property ownership work as a map of adjacencies and detect those changes;

8. The ground floor of a building, its envelope; a vacant corner lot; a laneway, an infrastructural corridor, a commercial strip running through industrial settlements; mid-rise developments flanking major streets, rows of skyscrapers facing a large body of water; a ravine, a shoreline, agricultural fields in between various programs, reserves of wilderness. Potential conditions of adjacency exist at multiple scales in the “urban”. Natural elements such as the Niagara River between Canada and USA, the Rhine river between France and Germany, and the Rio Grande between USA and Mexico, institutionalize adjacencies becoming national borders within metropolitan regions;

9. Concerning design, the “region of adjacencies” acknowledges the importance of framing what we experience by introducing spatial elements to articulate conditions between different and heterogeneous entities. Transitional spaces are necessary devices to design conditions of adjacency and define proximity;

10. In contemporary megaregions, everything is artificial. The natural, as well as the wild, can survive only as part of a larger artificial project. Architecture and landscape working as a medium of adjacent entities must respond to human needs of action, engagement, and realistic change over time. In a society of migrants, modes of suggesting multiple meanings to facilitate ownership must be at the core of the design process.3

3. The text has benefited from the stimulating intellectual exchange with colleagues at the John H. Daniels in Toronto, Assistant Professor Michael Piper in particular.

Author
Roberto Damiani is a Postdoctoral Fellow at the John H. Daniels Faculty of Architecture, Landscape, and Design at the University of Toronto, where he has taught core design studios and electives in the Master of Architecture and Urban Design programs. He is the organizer and curator of Italy under Construction, a program of exhibitions and lectures on contemporary Italian architecture, in collaboration with the Italian Cultural Institute in Toronto. Earlier this year, he curated an exhibition titled Palimpsests and Interfaces that presented buildings by the Venice-based architect Renato Rizzi, and Cino Zucchi Architetti based in Milan. He is editing the book The Architect and the Public: the Contribution of George Baird to Architecture, for which he has recently received a grant from the Graham Foundation. 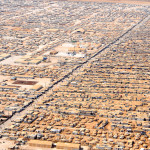 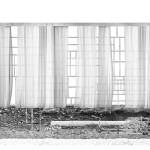