The discussion of architecture, with all the visibility of its objects, tends to downplay the invisible flows of money that sustains its production. It is as if the dependency on economic forces is too much to face up to; better then to celebrate the catalytic genius of the architectural hero and then the glorious outputs, and try to ignore everything else that goes on in between. In the spirit of Ardeth, however, this issue intends to probe the in between space of the operations of architecture, examining the intersection of the projects of architecture with economies, and with it their associated social and political contexts and implications. This builds on recent work in the field, such as that by Peggy Deamer and The Architecture Lobby on work, and by Doug Spencer on architecture and neoliberalism. Both of these clearly show the submission of the theories and discipline of architecture to the forces of global capital. It is only through a better understanding of the the way that contemporary economics cut across architectural operations that one can learn to deal with these dominant forces in a resistive and transformational manner.

This special issue of Ardeth invites contributors to discuss the economies of architecture, with the following as potential areas to explore:

– The Economies of Work: following Deamer et al, how are the various modes of architectural work (in practice, in education, in competitions) overseen by economic systems, and what are the possibilities to escape the dominance of the norms?

– The Economies of Theory: the so-called ‘post-critical’ turn in architectural theory and practice may be read as at best a pragmatic acceptance of, at worst a complicity with, the prevailing economic orthodoxy. What types of theory might best provide a new critical edge that opens up that orthodoxy to inspection and transformation in an architectural context?

– The Economies of Stuff: architectural operations are at heart about the manipulation of stuff, and this stuff is generally treated as commodity. What are the possibilities for new forms of the supply chain, of the commons, of reuse and so on that reconsider the use of stuff beyond its exchange value.

– The Economies of Value: architecture, at least the 1% version of its stars, is employed to increase the cultural capital, and hence economic value, of development. Essays that investigate this process are invited, as well as those that look at the way that architecture might intervene in alternative value systems such those of social and environmental capital.

– The Economies of the Future: with the spectre of the collapse of capitalism haunting much current political debate, we need to start thinking about other economic models and their spatial implications. This section of the issue asks how such alternative models might inflect on architectural operations, from the nature of practice to new spatial and material figurations.

Read the call on Ardeth 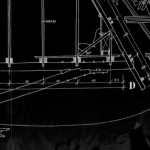