“If we are to offer a sound advice about how architectural practice ought to function, we must know more about how it functions now” (Cuff 1992: 6)

Until the 1970s architectural researchers have focused all their attention on the professional products – buildings and places. The process of design was considered as insignificant; it started receiving empirical attention rather late. The first studies that bear witness for architectural processes date from the 1980s. Two works are paradigmatic in this respect: Donald Schön’s work on educational practice (Schön 1987) and Dana Cuff’s work on professional architectural practice (Cuff 1992). While Schön argued that reflection-in-action stands against the systematic, scientific, linear way of knowing basing his observations on studio-situated ethnography of professional schools, Cuff’s ethnography dug deeply into the significance of the daily professional lives of architects and offered a better understanding of architectural practice.

In the last fifteen years we witnessed a new ethnographic wave of studies that focused on practising architecture (Jacobs and Merriman 2011). Inspired by pragmatism and Science and Technology Studies (STS), this body of research aimed at grasping the socio-material dimension of architectural practice (Callon 1996). They all relied on the assumption that architecture is collective but it is shared with a variety of non-humans. It is not a social construction, like Diana Cuff assumed, but rather a composition of many heterogeneous elements, an assemblage. These “new ethnographies” followed the principles of no hierarchy, attention to the detail, symmetry: attention to what happens between humans and nonhumans; undivided attention to words and the gestural and non-verbal language. Paying specific attention to the texture of ordinary life of deisgners, they generated “thick descriptions” of the knowledge practices of different participants in design published as monographs of architectural practices (Houdart 2009, Loukisass 2012, Yaneva 2009). This recent trend could be also termed as “ethnographic turn in architecture” as it is the outcome of several related processes: the emergence of a reflexivity trend among architectural professionals as a key epistemological feature of architectural studies, the growing realisation of architecture as a social practice and the social nature of outcomes of architectural production, the tendency to acknowledge the collective nature of design.

As a methodological innovation, the reintroduction of the ethnographic methods into architecture twenty years after the pioneering work of Dana Cuff does hold remarkable potential to investigate new questions. This new development can contribute to dislodge the certainty of traditional architectural knowledge, the belief placed in the absolute authority of the historical archives and its simplifications by its practitioners reducing, even naturalising architectural research to the production of critical discourse about practices, yet taking it far from the nitty-gritty realities of design making.

– reflect theoretically and analytically on the concept of ‘practice’ and trace how practice has been tackled from different perspectives: from the ‘Story of Practice’ of Cuff and Blau’s ‘Architects and Firms’, to recent studies of architectural and engineering practices based on multi-sited ethnographies (OMA, Foster, FOA/AZPA, Kuma, Arup, etc.)

– reflect on the importance of ethnography for understanding contemporary architectural practices; what is the nature, the epistemological underpinnings, the potential pitfalls, and the political dimensions and challenges of architectural ethnography? 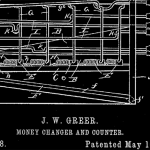