This post belongs to a series of interviews aimed at investigating the ideas that stand behind a selection of editorial projects dedicated to architecture and based on an experimental use of social networks such as Tumblr, Facebook and Instagram. As summarized by the title of this cycle, “beyond blogging”, we believe that the critical use of social tools is leading architectural communication to a new and promising fronteer: one in which the specific features of digital media – fast reading, relevance of the image, easiness of association, informality, viral propagation, etc. – are successfully capitalized to create inspiring architectural archives organized around specific topics, which can efficiently provide useful references for design and research tasks. Even more interestingly, the greatest part of what is published in these “one-man-webzines” is not produced by their editors (who therefore have little or no direct interest in the diffusion of their posts), but is rather the result of independent and unpaid investigations, autonomously conduced on both paper and digital sources. From this point of view, these editorial projects have the great merit of being constantly enriching the web with diverse and previously unpublished architectural references, coming from both the present and the far-away past. Their aim, therefore, is not to keep their readers updated, but to produce a connotative kind of architectural knowledge: one in which it is not the single images that count, but the relations that can be established among them. Our sixth interviewees are Mariabruna Fabrizi and Fosco Lucarelli, founders of Microcities and editors of SOCKS. DTF 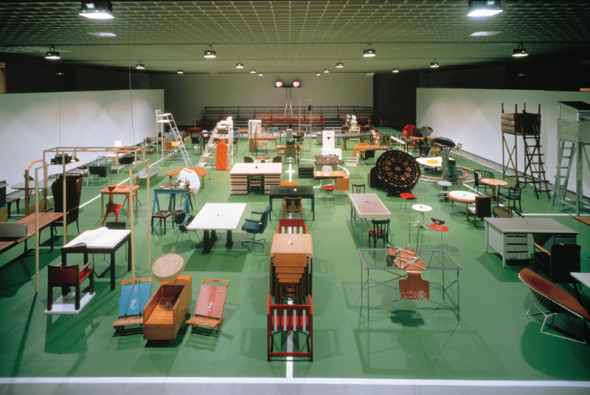 Can you introduce yourself? What did you study? What did/do you do?
We are two Italian architects who have studied in Rome, Munich and Madrid and we are currently running a small office in Paris.

Can you explain in what does your editorial activity consist? How long have you been dedicating yourself to your editorial activity?
SOCKS was started as a blog in 2006, even if we never intended to write it as a personal journal. At first it was not specifically related to architecture and we used it as a shared repository for the references and the content we wished to collect and analyze. During the years it became a sort of observatory on architecture from a perspective outside of the boundaries of the discipline itself. Over time it has taken a hybrid form between a magazine and what we call an “expanding visual atlas” where affinities and unexpected relations among subjects are underlined.

Does your editorial activity have effects on your profession?
We believe that our practice and our editorial activity influence each other. Through our practice, particularly through the more theoretical projects, we explore themes that can be broadened later through writing. At the same time the open format of Socks allows for the free exploration of content that only through a series of filters may leave a final trace onto our architectural production. 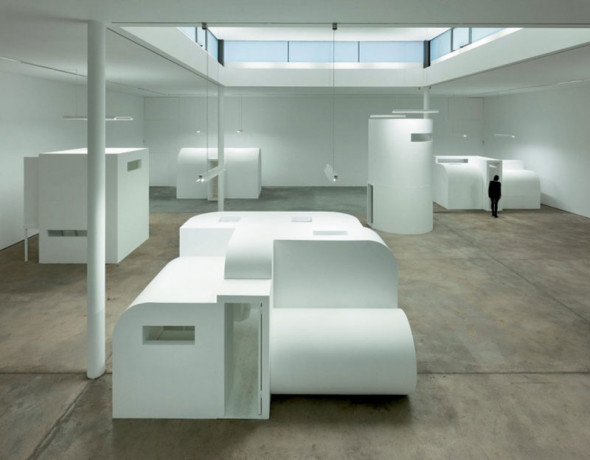 How much time do you dedicate, in average, to your editorial activity?
We try and work on Socks at least one to two hours everyday, but we don’t have a specific rule, sometimes longer articles are developed during a weekend or more.

Have you developed and consolidated some personal publishing technique?
We usually start from retrieving a single image or a single text (often without a clue on who is the author!) and then we research extensively about what’s behind. This process parallels in a sort of a psychoanalytical path to understand why that particular image or text caught our attention in the first place. Once we have studied enough material we start writing and collect more images in high-res to illustrate the post. Usually, each article consists of images of 800px in length.

If you use different media (fb/twitter/instagram/pinterest) how do you relate them?
We publish on several media and we have discovered that the readers related to the website, to facebook, tumblr, twitter and pinterest are very different and they respond differently to the various posting, but we don’t adapt our content to the specific medium.

The links/projects/images you share are usually actual or they belong to the past?
The content is related to every epoch, in a non-linear sequence. 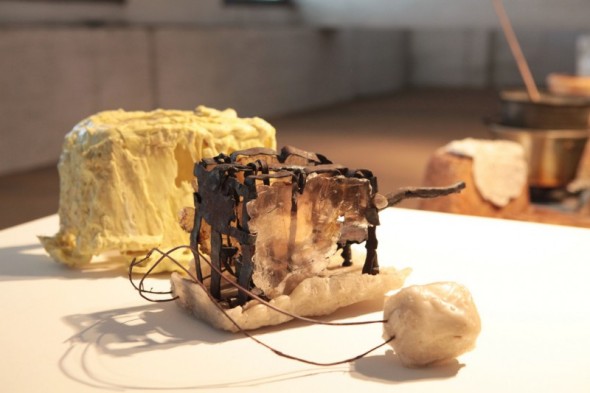 What is the reason that makes you publish?
We started to publish in order to let us critically organize the extensive amount of images and information around us and because we felt something was missing both in online and on paper publications we used to read. We discovered that publishing helped us to trace paths among faraway researches and find new meanings behind images and projects.

Who do you want to communicate with, when you publish?
We don’t aim for a specific public, but we are always surprised by the communication we are able to establish through the site with people coming from different domains. According to the mails we receive, a large slice of our readership consists of students: we feel honored to be able to have a voice, although indirect, in the education of future thinkers and practitioners.

Is your editorial activity based on one or more main themes, or is it made of punctual selections not necessarily related?
The site is organized into several categories (Media, Art, Architecture, Culture, Sounds, Territories and Technology) but we try and question their limits. Some recurring themes are emerging and lately we are organizing them in a new expanding section of the site which we call “TOPICS”.

What is, in your opinion, the role of social networks, in the wider context of architectural communication?
We believe that the possibility of retrieving material so easily from every epoch and having these references presented very close one with the other is producing a shifting in our way of relating with the cultural production from the past. This is primarily due to the advent of the Internet and just in a second layer, to social networks.
In the musical context this epistemologic change has been very well described by Simon Reynolds in his essay Retromania. Yet, whereas the English musical critic sees this phenomenon as a risk, delineating a sort of reactionary inability of our epoch to produce anything innovative anymore, we think that it might have, on the contrary, a positive outcome.

Since we are confronted and we are able to study from the production of different historical contexts we might maybe become less bounded to the ideological need for the “new”: the idea of originality is becoming less important, and we are able to acknowledge the permanences, the quality and employ the shared knowledge conveyed through the history of architecture. 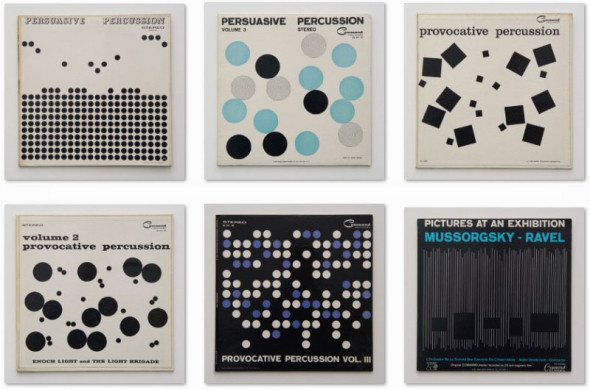 We occasionally read from a vast amount of printed and online publications devoted to architectural information but we tend to avoid those strictly related to contemporary production, above all those who lack ruthless criticism. We share the appreciation towards those websites and those printed publications already indicated by previous interviewees of 011+ “Beyond blogging” series. 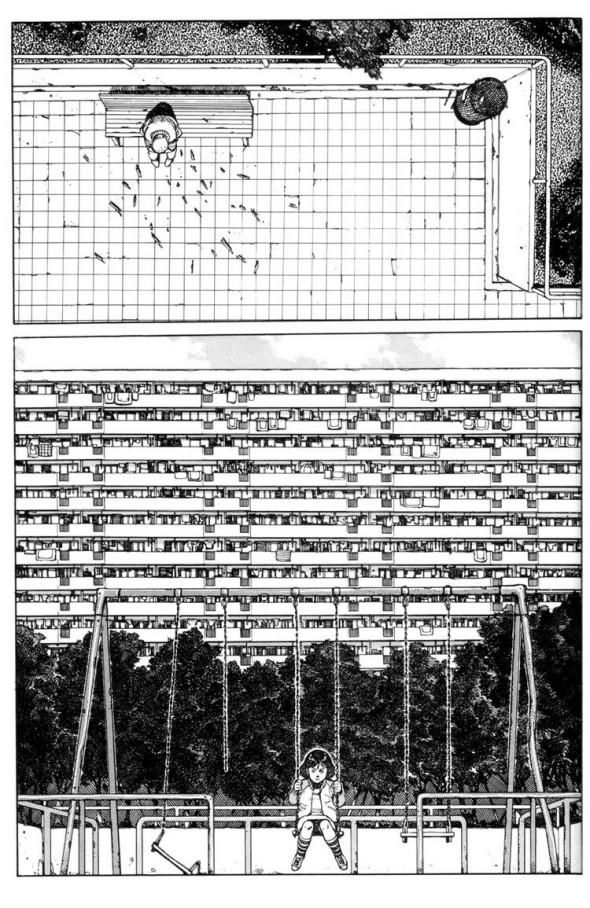 Fig. 1 – Martin Kippenberger’s The Happy End of Franz Kafka’s ‘Amerika’ (1994). Martin Kippenberger’s piece on a section of Kafka’s “America” is an example of possible cross references between literature, art and radical architecture. A very “aerobatic” comparison between Kippenberger’s large installation of chairs, tables and furniture and Archizoom’s No-Stop City interiors has been attempted in this post.

Fig. 2 – Absalon’s Living Cells. The work of Absalon is very significant for our research: it explores and synthesizes all of our main interests as it bounds architecture, art, the critic of habitat, the work on “form”, repetition and seriality while underpinning a deep political and existential meaning.

Fig. 3 – The Toaster Project by Thomas Thwaites. Despite its very indirect relationship with architecture, “The Toaster Project” has been a central post in Socks. Behind the rather humourous premises of this ongoing performance by British artist Thomas Thwaites, (an impossible will to build a simple toaster from scratch, -literally- from the extraction of its raw materials), the project serves as a vehicle to raise a theoretical investigation on industrialization, mass consumerism, sustainability and DIY culture.

Fig. 4 – Josef Albers’s Albums Covers: the Provocative and Persuasive Percussions Series (1958-1961). The connections between music and visual art is another central topic in SOCKS. We have featured many examples of musical scores having a strong visual presentation. In this case the link is more direct: here’s the work of a 70 years old Josef Albers who interprets his own formal apparatus to illustrate “Provocative Percussion” in the most synthetical way on the covers of the “Command Records” vinyl.

Fig. 5 – Katsuhiro Otomo’s Domu, A Child’s Dream (1983). The bleak landscape of Tokyo’s housing complexes is the scenario of a 1983 tale by renowned Manga artist Katsuhiro Otomo (of Akira fame). Behind the sci-fi plot of a telekinetic battle between a child and an old man, the author offers a chilling account of life in the metropolis, exploring the themes of societal conflict, immaturity, power and poverty.