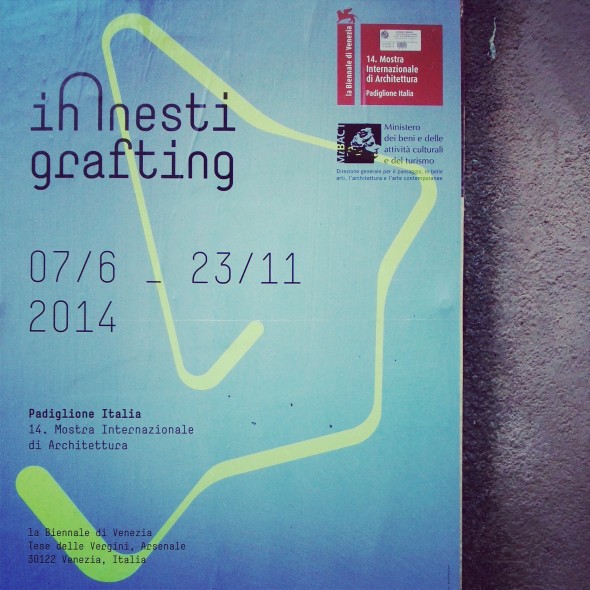 This year’s Italian Pavilion at the Biennale di Venezia is well worth a visit. Especially for those who – like me – can’t forget the unfortunate exploit given two years ago by the previous curator Luca Zevi, who filled half of his pavilion with a “typical italian underbrush” and the other half with a phantasmagoria of corporate architectures, it’s a relief to see – again – an exhibition worthy of its special place and occasion… even if some serious curatorial issues remain, that should be better faced and resolved as soon as possible. I’m talking about several biases that, during the last editions of the Biennale, seem to have steered the choices of many of those responsible for our national exhibition: a sort of unwritten “code of the Italian Pavilion” that is now time to put behind, as it doesn’t allow for a deeper and more critical approach to such important curatorial project. It is in reaction to this unhealthy condition, therefore, that I have decided to write down five proposals for the next Italian Pavilion, all meant to bring to the fore some of our current (and apparently recurrent) taboos, with the hope of creating in such way a space of debate capable of eradicating them before the choice of the next curator is made.

I. WAKE UP!
This year’s curator, Cino Zucchi, has been chosen by means of a totally opaque procedure (also marked by the clamorous refusal of the Ministry’s first choice, Francesco Dal Co), and only six months before the opening of the Biennale: clearly, an unsufficient amount of time – as Zucchi has repeatedly stated during the official presentation of his exhibition – for anyone to prepare a national pavilion in decent conditions. Even less fortunate was his predecessor Luca Zevi, who was given only four months to put his pavilion together (at least, he was chosen after a competition). Cho Min-suk, curator of the Gold Lion winner Korean pavilion, had sixteen months: the same amount as Lateral Office, curators of the mentioned Canadian pavilion. Pedro Alonso and Hugo Palmarola, curators of the Silver Lion winner Chilean pavilion, were chosen in September 2013 but started working on their competition proposal in July, eleven months before the opening of the Biennale. One year (plus a transparent and meritocratic procedure): is it asking too much?

II. SCALE DOWN
To be honest, the last comparison is quite misleading, as the Tese delle Vergini, the building now hosting the Italian Pavilion, is a very big building: more than twice as big as the majority of the other national pavilions. It would therefore seem logical to postulate, simply for this reason, that our national curators should have twice the time of the others to fill such a demanding space. But my point is exactly the opposite: do we really need all those square meters? During the last three editions of the Biennale, such spatial abundance has inevitably led to expensive installations that are dispersive at their very core: the most evident effect of this situation being the way-too-wide selections of Italian architectures – 40 in 2010, 99 in 2012, 85 in 2014 – presented by the respective curators to occupy the given space. Just take a walk around the “Inhabited Landscapes” session of this year’s pavilion and feel the nonsense: 85 project represented with just one image (no drawings, no commentaries) and displayed in a cool but substantially mute fashion. What can the visitor understand from such a superficial iconographic overflow, apart from the fact that today, in Italy, there exist several architects capable of producing photogenic architecture? Cino Zucchi has said, during the presentation of his pavilion, that the Biennale is not the place where to explain architecture, and that the single projects are less important to him than their ensemble. I can understand what he means, but I wonder, if it is not precisely the Biennale the best occasion to produce some deep thinking and explanation on contemporary architecture, why do we even bother to go there at all? So why not  use only a little part of the Tese delle Vergini – it’s a beautiful space for strolling around, anyway -, choose a very narrow theme, dive deep into it, ask no more than 10 architects to take part in the exhibition, and show their projects in the most complete way as possible? It could be a totally different Italian pavilion, for once.

IV. BE CRITICAL
The last two editions of the Italian Pavilion have been characterized by the (at least for me) uncomfortable presence of the EXPO 2015. It is not just that it’s one of the sponsors, or that it has literally occupied part of the Tese delle Vergini and part of the curatorial project for its own visibility and promotion. It’s that there has been no critical reflection on what this event means in terms of – say – real estate bubble and corruption. Some approach to the matter has been tried by StudioErrante and YellowOffice, who proposed two subtly provocative projects for the reuse of the Expo area starting from 2016, as part of the exhibition. But the point is another: the Italian Pavilion is an institutional pavilion, sponsored with (a lot of) public money, and therefore implicitly condemned to produce exclusively positive and reassuring narratives on our architectural culture. But it hasn’t to be this way, not necessarily at least: Kosovo, Russia and Latvia, just to make three examples, have managed to express deep criticism through their national pavilions this year: I don’t know who they are sponsored by, but it seems at least fair to give a curator the freedom to critically analyse its own country in order to produce strong and useful statements around it. Could we also do that, just to avoid that the Italian Pavilion ended up reducing itself to a national stand for a real estate fair?

V. DIALOGUE
All these questions and proposals – in a much more sketchy way, of course – were written on my notebook at the moment of the official presentation of the Italian Pavilion. It was a delightful afternoon: a lot of people gathered around Cino Zucchi (the curator), Paolo Baratta (the Director of the Biennale) and Dario Franceschini (the Minister of Culture) while they spoke of the great job done with this year’s pavilion. Albeit the presence of the Minister, there was a friendly and informal atmosphere: it was the perfect moment to ask these and other questions, to share them with all the architects who had showed up, to engage a public confrontation, to start right away with the preparation of our next Biennale. I was ready to raise my hand. But at the end of the presentation, no time for questions was given: Baratta turned off the microphone and passed it to the hostess behind him, while Zucchi invited everybody to a drink. I have the feeling that we have lost an important occasion, and what makes me even angrier is that it’s partly my fault, because not being given the word doesn’t mean you shouldn’t reclaim it. 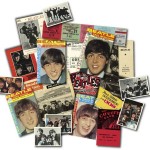 5 risposte a “Five proposals for the next Italian Pavilion”