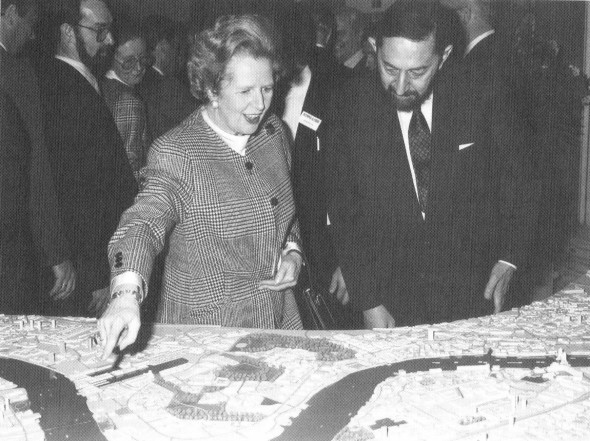 The demand for participation ends up, inevitably, reducing the power of the expert.

One of the earliest “participatory” proposals in architectural circles was the “Non-Plan” programme, presented by Cedric Price, Reyner Banham, Peter Hall and Paul Barker in New Society in March 1969. ‘Motown must make way for “no-town”‘, was the motto of the plan, ‘encouraging unself-conscious immediacy “at all times”‘. ‘Non-Plan’ was a manifesto against planning and regulation, ‘an experiment in freedom’ – a proposal to eliminate planning and allow a total freedom for urban development as a means of emancipating both the inhabitant and the city. Ben Franks has convincingly demonstrated that the ideas of Non-Plan were problematically similar to those voiced a little later by the new Right, that the neoliberal free enterprise zones and their freedom from planning regulations, introduced in the UK in the 1980s by Prime Minster Thatcher in Canary Wharf, were siblings of the ideas of Price, Banham, Hall and Barker. […]

[In the following years] the demand for participation […] has become an instance in which very diverse activists and advocates attempt to apply democratic principles outside the sphere of politics; moreover, the trajectory has prompted a demand to replace a representational form of democracy with a more direct democracy, encouraging direct involvement of the public. However, where direct participation has been an option, often a disappointingly small segment of the population has bothered to exercise its participatory rights. In effect, the activists promoting participatory politics imagine an activist public, whereas in reality, the activists are those who remain involved, while the rest of the public often remains disinterested.

The demand for participation ends up, inevitably, reducing the power of the expert, as the expert is seen to be authoritarian. In the name of egalitarianism applied to diverse fields of life, the representative, administrative and beaurocratic officials lose power, but this power never ends up, as promised, in the hands of the public. The result is a growing power vacuum that creates an open field for corporations and commercial interests, as the expert, the public representative, the administrator and the beaurocrat had formed the power base which previously limited and restricted private economic interests for the general good of the public. In the city, as the power base of the planner erodes under the pressures of the demand for participation and the critique of authority, developers, not the public, stand to gain the most. The promotion of direct participation as a replacement for indirect representation has its sibling in certain ideas expressed by the libertarian Right and free-trade economists. Here, the ideas of Milton Friedman are at their most extreme, identifying the market as the locus of freedom and public good, as the market is seen to be a direct expression of the public’s desires. The non-human agency of the market appropriates the powers previously held by the ‘authoritarian’ representative, whether a politician, a beaurocrat or an urban planner. 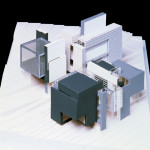