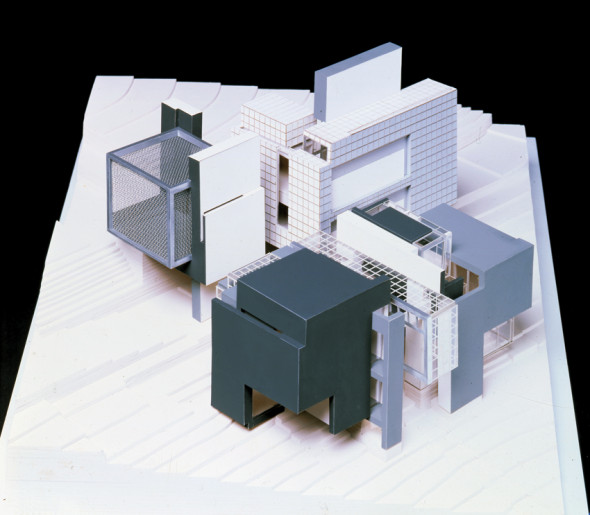 The relation of the drawing to reality shapes the manner in which the discipline functions.

The invention of perspective and the subsequent consolidation of drawing and geometry as the basis of architecture can be described as the epicentre of the transformation of architecture from a craft into a liberal art, and predetermined the future development of the discipline. […]

The relation of the drawing to reality shapes the manner in which the discipline functions, as well as the manner in which architecture perceives itself. Architects create drawings; contractors use the drawings to realize buildings. Rather than representations, as Nelson Goodman has pointed out [1], architectural drawings can be understood as notations, a set of abstractions that function as instructions. […]

Floor plans, sections and elevations are abstract constructs; they demand imagining somtehing that can never be corroborated by observation and vision. […] Thus a dichotomy creeps into architecture between the visual experience of reality and the measurable but non-experiential real: two contrasting understandings of reality itself. Eisenman’s axonometric model for House X (1978) appears to solve this dichotomy by a real-time axonometric model, experienced, like a perspective, from a single viewpoint, and appearing as a measurable axonometric projection. […] The axonometric model is, of course, a trompe-l’oeil, illusionism, and therefore does not solve the dichotomy: it merely highlights the paradox.

A technique such as parallel projection is brought into being and widely adopted in order to solve specific problems, often of the most practical type, or to articulate a theory or worldview. Once a technique is widely practised and professionals are trained to use it, the technique begins to shape the profession itself, dictating prejudices, biases and preferences. Some techniques may be easily adapted to new problems and approaches, others less; there is limited predictability regarding adaptability when a technique is created. A constraining, rigid technique faces increasing challenges as the profession transforms. […]

The enduring prominence of lineaments in architectural drawings testifies to the technique’s adaptability and prowess. Nevertheless, the lines predefine certain tendencies and approaches of the pratictioner. They induce preference of form to material, contour to infill; they demarcate an inside-outside relationship and directly relate architectural drawing to geometry. Plans, sections and elevations compel the practictioner to use geometries, which are easy to employ in ortographic projections. The architectural drawing describes some of the characteristics found in buildings in an abstract manner; it ignores others. […]

Thus, mistakes, imperfections and unpredictable results in the construction phase, as well as signs of decay and usage after completion, mean that the drawing always represents aomething slightly different than the actual building: an ideal building. This gap separating the drawing from the building is a fundamental and determining feature of the discipline […] and is responsible for the centricity of the ideal in architecture.