Sustainability is just about the last remaining valid argument for legitimizing new construction.

One aspect of globalization is the increased awareness of the existence of global ecological issues, such as climate change and the associated weather weirding, food production, water management, environmental pollution and the depletion of fossil fuels and other raw materials. These problems affect everyone on our planet but it is the rich part of the world, with the biggest ecological footprint, that has a great responsibility for finding solutions for them. […]

In the report “The Impacts of Construction and the Built Environment” by the Willmott Dixon Group, it is estimated that in the UK “construction consumes about 4.5% of the national total” of all energy (including transport and embodied energy) and “around half of all non-renewable resources mankind consumes are used in construction, making it one of the least sustainable industries in the world”.1 Moreover, according to UNEP, even with the efforts of some developers – like Willmott Dixon – not to produce any more landfill waste, “the construction sector as a whole is responsible for approximately 40% of all human-produced wastes”.2 In that respect there is also a positive aspect to the economic trough in which the building industry in Europe finds itself at the moment: the less that is built, the better for the environment.

The ecological sense of guilt that has started to make itself felt in the construction industry in recent years is coupled with clever entrepreneurship, for in these times of crisis it turns out that sustainability is just about the last remaining valid argument for legitimizing new construction. In addition, a whole new world of certification and classification has arisen in which, as in the world of boxing, competing organizations award their own titles to champions in every weight division. Just about any building can consequently be declared “most sustainable” in its own particular category. Up to now these sustainability championships have been won on the building services, and are seldom if ever attributable to the architect. The role of architecture, and of the architect, in this inflationary sustainable construction is in most cases very limited at present.

[1] Briefing note 33: “The Impacts of Construction and the Built Environment”, December 2010, produced by WD Re-Thinking Ltd. 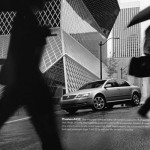