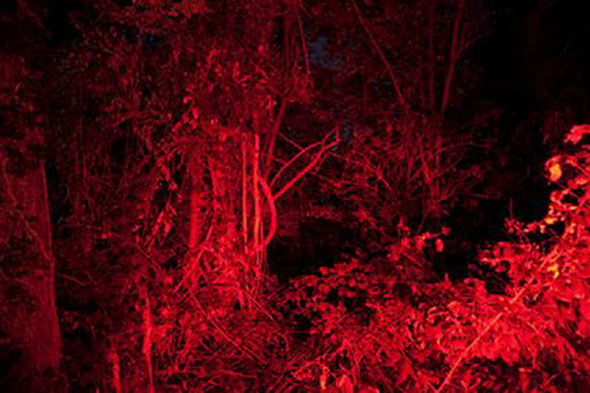 The sylvan returns to European culture both as an image, capable of distilling the character of places and the modalities of crossing them, and a reality: forests are advancing and the presence of wild and untamed areas within cities are a constantly expanding fact. The two levels of reading of the sylvan – the one taking it as a figuration through which to interpret reality and the other analysing it as evident space – require a codification of the tools and modes of inhabiting such an unknown locus.

The “sylvan” imaginary refers to a presumed original condition – the ingens sylva, populated by giants according to Giambattista Vico, the state of nature in Hobbes’ homo homini lupus – ruled by violence and lack of order: previous or foreign to the civitas and its conduct. The configuration of the relationship between sylvan and city depends on the philosophy of history, oriented towards decadence from a primordial natural condition (Eden) or towards the progressive emancipation from minority towards nature. In both approaches, the conception of the sylvan (and of nature) is polarised between a benign or malignant view. After years spent reading the forms of the city, attention returns to a forgotten world: it is the world of the inland territories, not only geographically but also in the broad sense of neglected, obscured places. This way it is possible to discover diverse natures and their transformations: from the tamed that turns savage, to the inhabited that encounters unforeseen appearances, or to the vast forests that advance silently. The departure from the countryside, on the one hand, and the end of production cycles, on the other, produce disused lands and artefacts in which new and ancient logics establish themselves, either in their primitive form or altered by artificially instigated natural rebalances. The economic crisis and the crisis of resources and public finances have led to a reduction in the maintenance and redevelopment of the urban with a consequent abandonment and diminished care for the “empty” spaces of the city. The remnants of modernity are also pushed by the slowdown of existing designs or their withdrawal into unguarded areas, dilapidated buildings, spaces where other natures converge. As the creeping guilt for commandeering and consuming nature accumulates, the wild has gained ground, transcended its boundaries and made its way into the city. We are witnessing new urban conflicts between the wild and inhabitants, which find a counterpart in social conflicts. Meanwhile, monumental forests offer new knowledge and discoveries: they are the other side of the city.

The sylvan is an ambiguous system, it triggers fears and appetites, it is untameable. It is an agglomeration of “zones” in which it is easy to get lost, but also an “environment” that can be crossed by drawing lines of incursion. To inhabit the sylvan means increasing the capacity for recognition, defining modes of coexistence; fundamentally, a “new alliance” is called for. Design responses to these changes start from the awareness that it is impossible to handle everything. This entails a paradigm shift resulting in the definition of new tools (words, uses, materials, rules, plans). The culture capable of relating to nature, which is skilled in inhabiting it, caring for it, using it and restraining it, is largely lost; it must therefore be reconstructed, updated and redefined.

The judgement on nature depends on the judgment on urban-civil life: the forest is a shelter and return to nature compared to a civil space that is wanted to escape to; or it is the place where the humankind is in danger of losing its “civilisation” and returning to a wild state. The sylvan is therefore also a threshold, a limit, a discreet element that marks the use and conception of the territory. As an interruption of the ecumene, the forest acts as a political border, as a terra nullius (or communis), between different communities and territorial systems, and hence as a neutral field in which to set up encounters and exchanges. However, it is also a space for sacred and mysterious relations (lights and nemora in the Roman cult, a Dionysian scenario, druids, sabbath…), where civic/civil power holds no sway. The sylvan space is therefore a space of unregulated relationships, which are not in-formed in cultural terms and therefore anarchic, devoid of (human) law: the asylum romuleo stood in a forest, the nemus aricinum was a hideout for runaway slaves.

Hence, an expectation/perception in terms of dangerous, liminal space, a site of terrible encounters, nightmares, witches’ sabbaths, ghosts, gateways to the beyond. A stately game reserve or a metropolitan jungle for prostitutes and drug dealers, the sylvan is a non-ordinary space, inhabited by actors who want to be “apart” and take refuge there. But it is also a sanctum in which to recreate oneself away from anxious cities, while giving shelter and protection to biodiversity. It is an other space, for opposition (cultivated/uncultivated, in both senses) and for residuality (neither ager nor civitas), where it is possible to isolate and detach oneself from the community (nymphs, fairies, hermits, monks, fugitives, renegades, partisans…) or where it is possible to be ghettoised by the community (blacksmiths, coalmen, bandits, vagabonds, illegal immigrants…). From the symbolic-religious Christian point of view, the sylvan is the equivalent of the desert in which the hermit’s experience was born; at the same time it is a territory of non-Christian cults to be converted: “spiritual retreat” and missionary land. Interactions that can be studied from different sources – e.g. literary, such as novels, fairy-tales, the lives of saints, bestiaries – so as to investigate the relationships between the inhabitants of the sylvan – humans, other animals, fantastic creatures. In the past, moreover, the sylvan carried out strategic tasks, starting with the supply of timber: energy, construction, tools, furniture, ships. In architecture, the forest has been the foundation of romantic metaphors concretised in natural atmospheres, frozen and evoked in spatial systems. Dense and obscure nature has been the subject of theories and design practices that have insisted on nostalgia for what has been lost and on the consolation of artificially reconstructing a part of it. New outposts can now be established as ramparts or passageways to break through already uncertain boundaries. And, what is more, arks can be built to safeguard “seeds” of indispensable natures or traces of cultivations. It is a matter of putting concrete images into play and no longer of evoking metaphors of a necessary architecture.

Ultimately, the return of the sylvan marks the return of a new sense of the “archaic”, of yet another mixture of architecture and earth, a conscious combination of the conflict between the reason and the uncanny, adventure and comfort, memories of the city and the forest ways of life. The term “sylvan” denotes precise and concrete realities and multiple imaginaries but also indicates the possible trajectory of future time as well as the turning towards a very distant past: it is an arrow whose direction establishes the connotations of a possible new “natural contract”.

Full-length papers must be submitted once abstracts have been accepted.

Contributions in their final form will be subject to a Double-Blind Peer Review process.

Call for abstract and call for paper 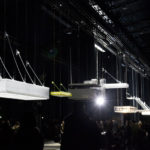