The(Un)RealShit is an ongoing investigation on current practices of architecture marketing based on video communication. Recurring to video editing as critical tool, The(Un)RealShit aims at unveiling some of the new ways in which architectural ideology is being constructed and disseminated through the web.

The second clip, “Bigshow”, is entirely dedicated to Danish enfant prodige Bjarke Ingels, founder of the firm BIG, whose ability to transfigure speculative strategies into joyful games of architectural masses has earned him a name in the global real estate market. One of the core ingredients of his success, the way in which Ingels communicates is based on simple concepts explained by means of visually charged gestures, which offer a dumbed-down (and therefore consumable) understanding of his projects. Blurring the borders between design and marketing, while cleverly reinforcing his “starchitect” figure, Ingels tells his stories with meticolously crafted clips, which define the state of the art of the ongoing dissolution of architecture into spectacle.

Watch all the original videos of The(Un)RealShit’s growing archive. 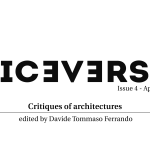