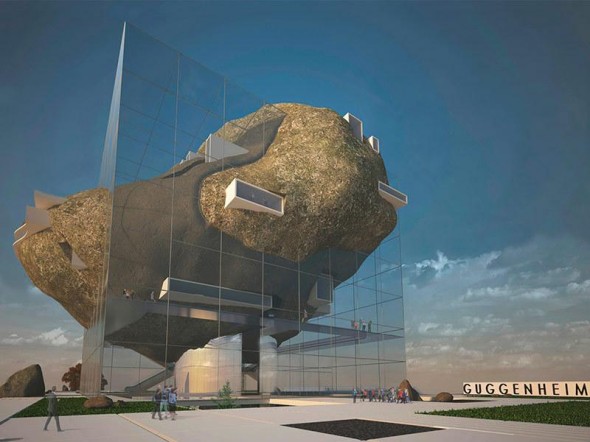 I have the feeling that the Guggenheim Helsinki Design Competition will be remembered as a milestone of our architecture culture, and not in a positive way.

Not just for the ridicolous amount of entries – 1715 from 77 countries – among which the jury now has to choose those that will make it to the second stage (here you can find the complete list of the competing projects, each one presented with two renders and a text), but also for the absurdity of so many of them, which nevertheless have been delivered (as seen in a post recently published in Curbed, showing a selection of “the 36 Weirdest Proposals for the Guggenheim Helsinki”).

On the one hand, there’s the question whether or not a jury is actually capable of recognizing architectural value among such a huge amount of images and drawings; on the other hand, one wonders what kind of jury is actually needed to accomplish such titanic tasTaller de Casquería has produced a very interesting animation on the matter); and finally, I believe we are in great trouble if the average quality of what’s been delivered here reflects the average idea of “good architecture” that international offices have today.

But then, there’s at least one more point which seems to be just as crucial, if not more: in fact, shouldn’t we bring back the average “crazyness” of the proposals to the kind of architectural images that the participants thought they were supposed to produce, in order to win the competition? “Making it as strange and iconic as possible”, as a design strategy, is as telling of the superficiality with which a lot of architecture is made today, as of the kind of architecture that seems to be mostly rewarded in these highly mediatic operations, and that’s a matter of fact.

At the same time, the – in some cases pitiful – oblivion of the most basic notions of construction and good sense, reinforces the already well known idea that, today, the business of architecture has more to do with producing cool (?) images than actually livable and buildable spaces.

In other words, it’s not just that many architects are not interested in (or have a totally distorted view of) how good architecture is made: it’s also that clients are often asking for something else. 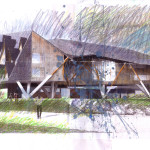 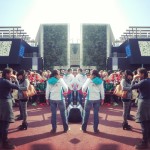