Buckminster Fuller Inc. Architecture in the Age of Radio

I am used to writing on the books I read, summing up and sometimes commenting the parts that are more relevant to me on their first pages, which are usually left blank, so to be able to easily browse through them. What follows is an adaptation of what I noted down at the beginning of Buckminster Fuller Inc. Architecture in the Age of Radio, written by Mark Wigley (Lars Müller Publishers, 2015). 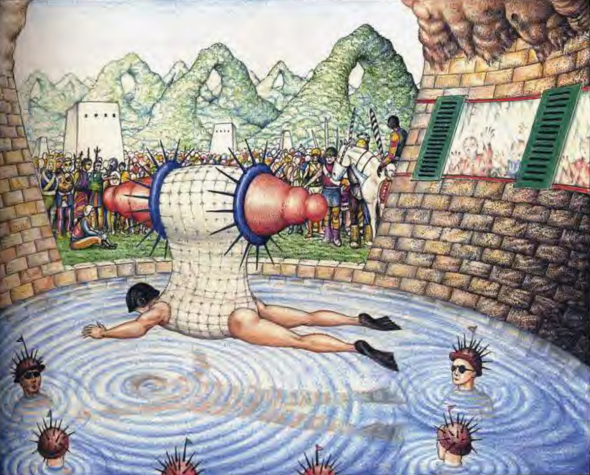 14. We tune in to spaces rather than simply occupy them. And usually tune in to many different overlapping spaces at the same time.

16. It is not so much that we visit architecture. Architecture visits us from the immaterial world.

17. The very idea of house ha become an effect of radio.

17. Architecture is not the stage for the performance of everyday life but the production of a hesitation in everyday life that stimulates thought.

# So maybe it makes sense to postulate that architecture, as a medium among media, is not supposed to necessarily incorporate and represent the functions of the media with which it interacts – to become, or look like a machine – but rather to let these media express their function, and become more “architectural”. Which means, do what the other media can’t do, or do worse. Be what the other media can’t be. #

28. Shelter becomes that which connects.

38. A radio broadcast creates a new kind of invisible space that can be occupied. It redefines territory itself.

45. The increasingly widespread fantasy was that the radio itself would create the space of domesticity.

46. The concept of shelter revolutionized when each room could become a window onto the whole world.

296. Networks are the key to the making or breaking of cities.

296. Many of the most decisive networks are invisible.

296. Cities are the products of networks used to minimize effort to maximize contact.

305. It was no longer possible to research the city without discussing electronics.

310. We inhabit our hyper-extended body. The global city is the global body.

322. Fuller: the house as an apparatus for receiving and broadcasting.

327. The space of communication is what brings people together, not physical form. Form will give way to frequency.

# yes, but the two spaces are deeply intertwined #