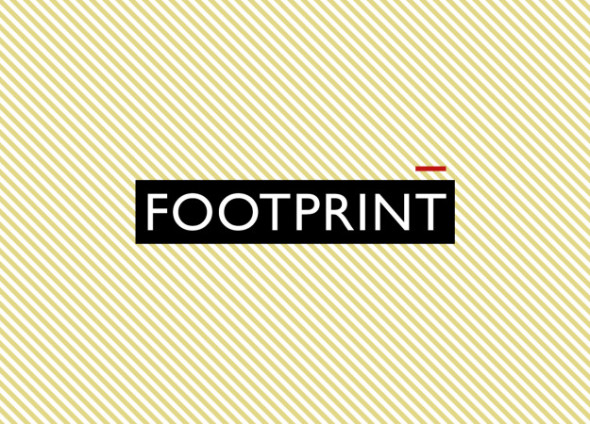 The issue 21 of Footprint aims to introduce the latest developments in the field of queer theory into the realm of architecture and urban design – and vice versa, to make architectural and urban design concerns an element of queer studies. Next to uncovering hitherto hidden or repressed histories and practices as part of an agenda of inclusiveness, we consider an introduction of queer theory to architecture as engendering a radical reconceptualisation of the architectural discipline: That is, to upset and replace any conception of architecture as an embodiment of essentialist identities, forms or types, in order to move towards an understanding of architecture as a practice engaged in consistent transformation. Such a reconceptualisation of architect ure views difference in terms of process, foregrounds liminal situations, their metamorphosis and transgression.

Within queer theory one finds various contesting propositions regarding the very definition of ‘queer’ and acts of queering, especially now LGBTQI identities have become part of mainstream culture in western societies. Generally speaking, these propositions range from the mapping of queer identities – sometimes as another category in a taxonomy of essentialisms – to the idea of queering as performative acts of activist subversion and subjectivation. Such acts of queering resist the establishment of stable identities, while they promote transitory assemblages that are embedded within an unfolding process of differencing.

A first concern is here the ‘logics’ in which these differences are produced and conceptualised, the concomitant disciplinary power structures and the epistemological frameworks that sustain these logics. The most radical variants of queering seek to undermine any bipolar, mutually exclusive opposition as in the case of heterosexist normativity and any other hegemonic discourse based on classic structuralist ‘twin-phenomena’ such as male-female, inside-outside, centre-periphery et cetera. Arguably, the recent coming-into-mainstream of transgender issues placed full attention on bodily transitioning processes themselves. In their fierce act of self-displacement, trans-bodies overcome dualist logics by exploring t he transgressive dimensions involved in forms of becoming.

Such tension between essentialism and becoming can already be observed in earlier attempts at connecting queer theory and architecture: in Queer Space (1997) Aaron Betsky proposed familiar gay tropes such as the closet and the interior, or hedonistic urban lifestyles as the ultimate spaces of queer identities, whereas Stud (1996) edited by Joel Sanders suggested a more complicated relationship between space and gay identities by clarifying that there is no ‘queer space’, only space put to queer use (Chauncey, in Sanders 1996, 224).

Another vector of productive debate regarding this queering can be located between the discursive and the body, between language and matter. Judith Butler famously understands the formation of gendered identities, their enactments and possible undoing as performative. Alternatively, Rosi Braidotti’s feminist re-reading of Gilles Deleuze’s concept of becoming starts with an emphasis on the conditioning, generating and accommodation of difference as belonging to situated material processes from one moment of actualisation to another. The difference that bodies make is here no longer seen as a formation ‘in’ space or ‘in’ an environment, but actualised as a figuration ‘of’ its material milieu (Bar ad, Bennett). A body (architecturally or otherwise) is understood as a transient and reciprocal form-taking of a milieu – unlike a singular entity contained by and acting in a neutral ‘space’ or ‘environment’. Such trans-bodies are not just in a state of transition themselves, they also trigger a transformation of the environment they traverse and populate, a queering of spaces indeed.

Footprint welcomes papers that embrace LGBTQI and gender-theoretical debates, in order to go beyond essentialist conceptualisations of architecture. Methodologically speaking, there are obvious overlappings with feminist and post-colonial theories, as well as with contemporary urban geography, cultural studies and sociology. Therefore, an intersectional and transdisciplinary approach is highly encouraged, from the queering of high modernism in architecture to queer migrant histories to female queer urban lifestyles to the current debates on the place of transgender in public spaces.

Authors are invited to explore and subvert theoretical frameworks, research methods and analytical instruments, including the archive and historiography, all in order to demonstrate queer modes of thinking and operating, and to enlighten us on the operations of trans-bodies, what trans-architecture could be, what a queer architect might do.

Authors interested in submitting a contribution are requested to submit an abstract of 1000–1500 words to the editors before 1 December 2016. The Footprint editors will then select papers that are considered on topic, innovative and demonstrate an explorative academic level. The notification of acceptance will be sent before 15 January 2017.

Deadline for selected full papers is 1 April 2017 after which these papers will enter the peer-review process. Please note: the ultimate selection of papers for publication will not be based on the abstracts, but will be based on the double blind peer-review of full papers.
In case of review articles (2000–4000 words) or visual reports related to the topic, these will be selected on the basis of a short summary (500 words max) which the authors are requested to submit to the editors before 1 November 2016.

Please, also include a short bio of 300 words max.

Footprint 23: The Architecture of Logistics

Footprint 23: The Architecture of Logistics