Taking Buildings Down | Call for ideas

What does it mean to build? Traditionally, building has been defined as the assembly of parts or materials toward the creation of a whole. While to build is often perceived as an Apollonian pursuit, to destroy appears to be its Dionysian counterpart. Understanding that our built environment is the product of many forces, it can dialectically be reduced to the tensions between creation and destruction, addition and subtraction, and erection and demolition.

In a design culture focused on the superlative (the tallest, the newest, the priciest), in which destruction is often perceived of or produced by an act of violence, the processes of removal appear as secondary concerns or collateral damage. However, if we are to better understand the life cycles of our built environment, we must explore the possibilities and implications of Taking Buildings Down.

This competition of ideas is simultaneously a political act, a means of criticism, and a method of speculation.

Organized by Storefront for Art and Architecture, Taking Buildings Down asks proposals for the production of voids; the demolition of buildings, structures, and infrastructures; or the subtraction of objects and/or matter as a creative act. Removal is all that is allowed.

ELIGIBILITY
This call is open to anyone interested in articulating visions for the future of our built environment.

CONTENT AND CRITERIA
Each proposal should consider and present three items:

Proposals should consider contemporary contexts. There are no limitations in scale or scope. The focus of the proposal may be on the process of removal, the resultant condition, or both.

Projects will be judged on their ambition, vision, methodology, and clarity.

AWARDS
Three monetary prizes will be awarded to the winners of Taking Buildings Down. These include:

REGISTRATION
Entrants are required to register for the competition in advance of the submission date. Registrations must be received by January 12th, 2016 before midnight.

Applicants can register online at https://storefront.submittable.com/submit

There is a $50 registration fee ($25 for Storefront members). Projects that have not registered by the January 12th deadline will not be reviewed.

SUBMISSION REQUIREMENTS
Applicants will submit an application package. The package should be in 8 1/2″ x 11″ page portrait layout, with no more than 20 single-sided pages. It should be delivered in the following formats:

– A bound proposal documentation book, delivered no later than January 21st, 2016 at 6 pm to Storefront’s office at 611 Broadway, Suite 634, New York, NY 10012. Proposals received after this date and time will not be accepted. (Note that Storefront’s office is located at a different address from its gallery space).

All the info in the official call page. 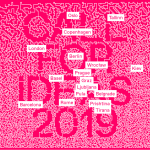 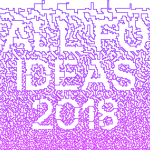 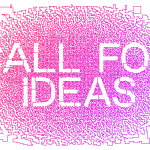