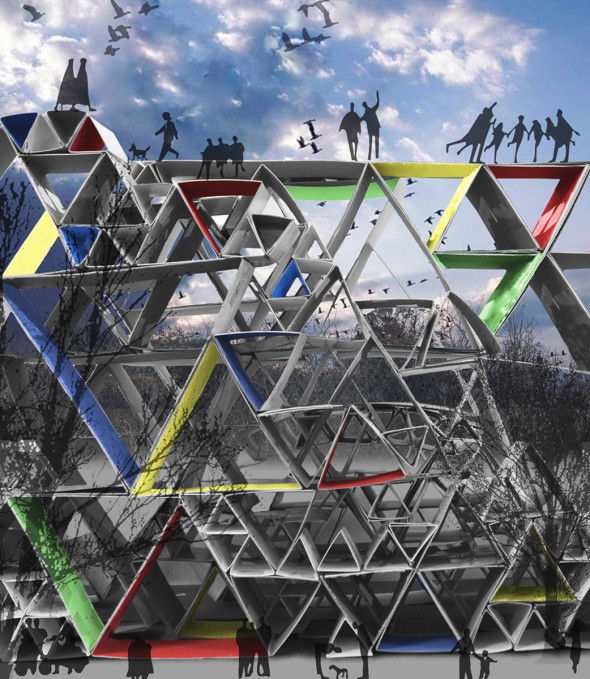 The project came up as response from the needs to create a pedestrian link between the densely populated neighborhoods near the Arrivore Park, north of the city of Turin, and the green spaces, currently unused, on the banks of the river Stura, overcoming the obstacles created by the crossing road that cut across the area. With the construction of an infrastructure integrated in the urban mobility system the project provides support to walk around in the chaotic space of the suburbs, creating at the same time a place capable of generating social activities: a space where to move, meet and to observe the city and nature from a particular perspective. 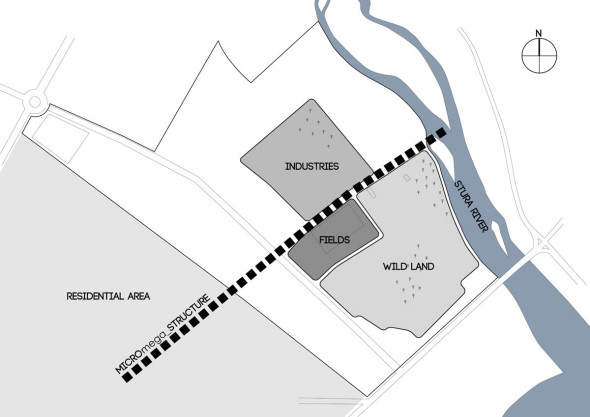 The structure serves a large portion of territory and it trace an extended and evident mark in the city fabric, but it is composed through the repetition of series of light modules, standardized and easily assembled. A structure which can withstand the stresses by using a high number of small elements, repeated and overlapped. By joining Mozzone prefabricated panels in wood fiber with a simple hinge joint, rigid and modular triangular forms are assembled. Overlapping and combining these elements, the result will be a flat and walkable surface on top of the structure, accessible via ramps scattered along the way.

The width of the platform, which varies from the minimum size of 4 meters to widen in some points and form small squares or resting places, determining rhythms and density of different usage, is designed in a way to create not only a path, a passage that simply connect two points, but a real public space, raised from the ground and isolated from traffic and noise. The hanging space that is created is detached from the surrounding urban context, and it is conceived as an autonomous place, from which the city can be contemplated, secretly spied on from above, looking without being seen. The project reinterprets the theme of urban retreat as a fragment of urban space, which while remaining within the city, it gains an autonomous character by abstracting itself from the urban fabric: it participates to the city context as a privileged observation place.

At the same time, this relative isolation, promotes a densification of the activities and encourages the internal relational dynamics. To move along this promenade, in a place that is public, but closed in itself, opposed to the dispersion and the lack of definition of the outskirts where it is placed, becomes the opportunity of meeting, being among the people, and sharing the use of a space. Who walks along these spaces passes through a constantly changing scene, which progressively transforms itself, moving from the view of a busy suburbs to an abandoned and natural place, on the bank of the river.

The difference in height between the road and the park allows, while maintaining flat the route, to rise gradually from the ground. The more you go into the spontaneous river’s landscape, the farther you go from the level of the ground.

While at the ground level, near the river, you can pass through the green areas of the park, in direct contact with the natural environment, the platform remain suspended and it doesn’t try to imitate the features of the existing paths, but chooses to reverse this relationship with nature, maintaining an essentially visual relationship with it. The contact with nature is not rejected, but radicalized: the city and nature flow one into the other, they cross each other, leaving between them the distance of their irreducible difference. 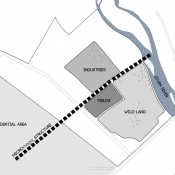 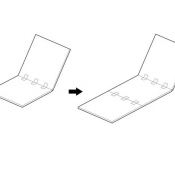 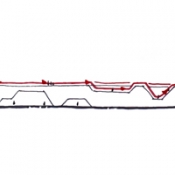 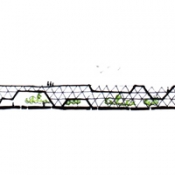 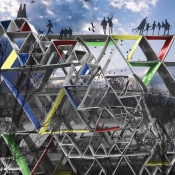 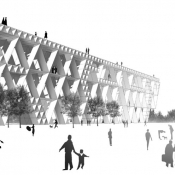 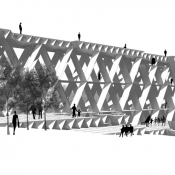 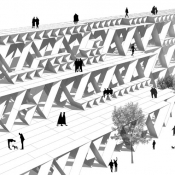 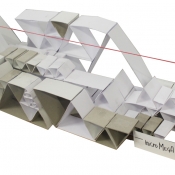 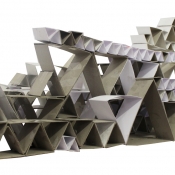 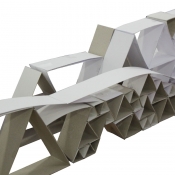 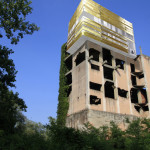 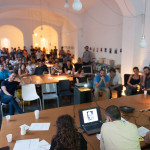