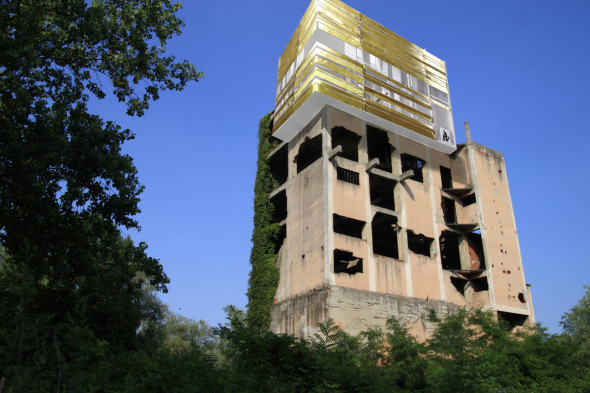 The work was realized in a week, during the “UNPLUGGED” workshop directed by the Zeroundicipiù Association, in Torino. The place of the project is the peripheral area of Torino delimited by via Sandro Botticelli on south-west, by strada Di Settimo on the south-east, by the Stura river on the north-east and by strada dell’Arrivone on the north-west. The area had a stone extraction plant that become obsolete. There’s a tower that dominates, from its 28 meters, the skyline of the area. 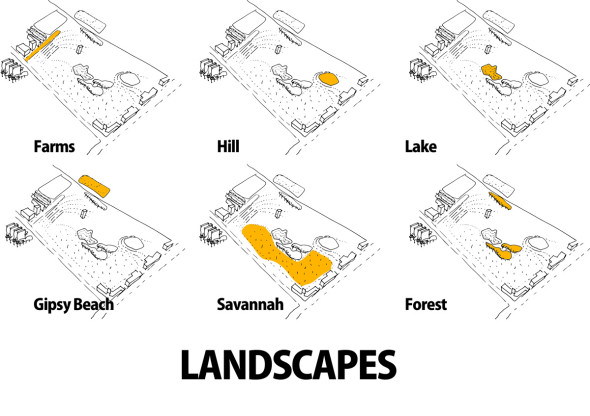 The site of project is structured by different kinds of zones: the high tree’s area, the cutted grass area, the “savannah area”, the public vegetables gardens, the lake at the cente of the park and the “gipsy beach”, that is the south riverside of the Stura river. Each of these areas has a linear development in plant and parallel to the others, the project’s aim is to cross these areas and try to design new paths inside the park which take the user across the different nature’s form. It’s possible to find a little bridge inside the “savannah area” that allows the user to recover the path before to get lost again under the high grass. 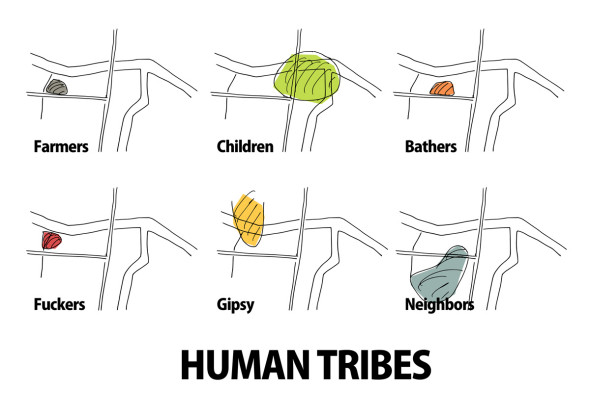 The users of this area are different: they’re gipsy, living near the river’s line, they’re family, living in the economic building on Botticelli street, they ‘re farmers. The project’s aim is to find a little architecture that can be useful for anyone. Another geomorphologic feature of this area is the possibility of flooding of the Stura river that suggests the opportunity of an artificial canal to turn away the water as soon as possible. 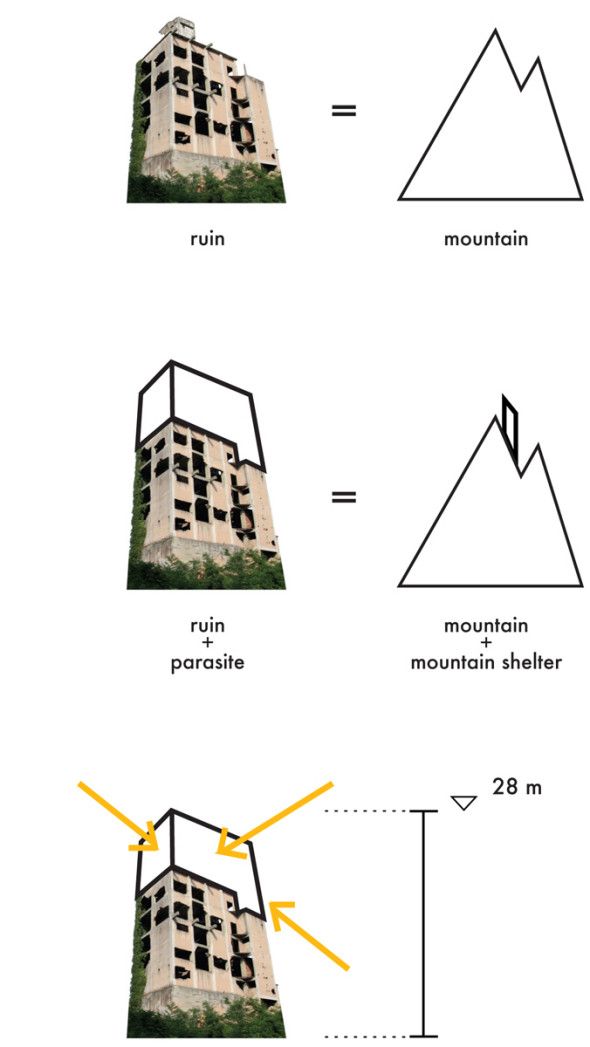 The major interest of the project is to define an urban shelter, such as proposed by the theme’s workshop and the collocation is the “ruin tower” that appears like an element of the nature landscape such as a mountain. The purpose is to create a new strong landmark on the area that is a “mountain shelter” open to everybody, cared and built by everyone with a “democratic sweat”. The concept has a little footprint structure clinging to an angle of the existing building that has a big resonance in the mind of society. 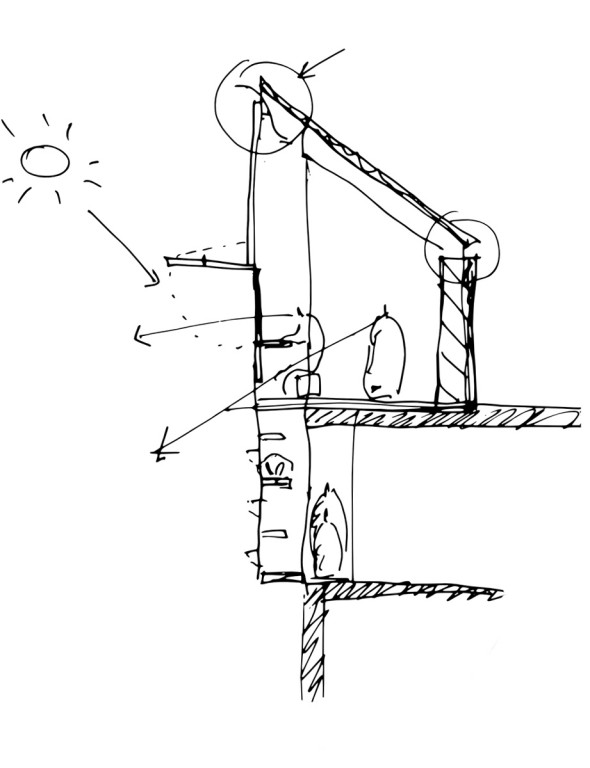 The structure is built from a new floor upon the tower’s last attic, attainable by 200 steps stair. After that the 10 uprights, made by Mozzone’s wooden panels (1.25 m x 10m), are posed and linked to the attic and then to the roof structure made by Mozzone’s wood element. After that, the horizontal beams are positioned and later, the secondary beams, for beds, table, furniture ecc., are placed from the inside. There are also glasses panels located so as watch the park below and some of these are opening to functioning like brise soleil in the summer. The roof skin is located among the structural frame in order to provide traversal ventilation. The interior lining is made of Fantoni Topakustic panels, that allow to acoustically isolate the rooms, to hide the facilities and to make the building completely reversible. Thanks to prefabrication system of these materials, the building can be easily assembled on the roof of the existing building. All the structure is covered by a metallic cover, gold colored, that represents the beauty for the gitan’s culture but above all it wants to be a symbolic torch for the urban society. 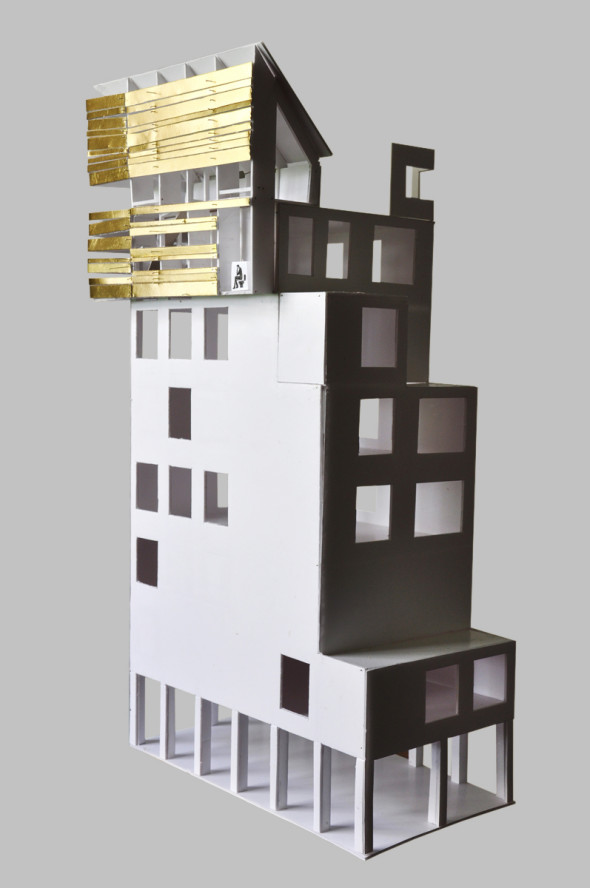 The structural frame defines three functional sections and covers two levels: the outer is thought to sleeping, in the middle there’re the common path and in the there’re the cabinets. In the upper level the sleeping area is thought for studying and enjoying yourself and there’s an exit to the terrace where it’s possible to eat and to appreciate the fantastic view of the Superga basilica, across a “Le Corbusier’s window”. 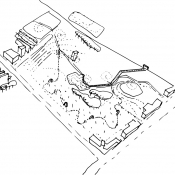 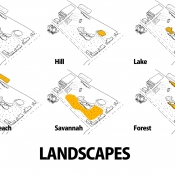 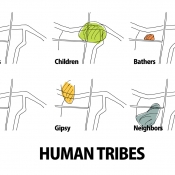 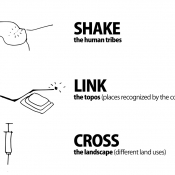 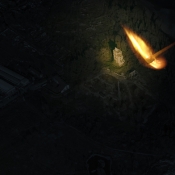 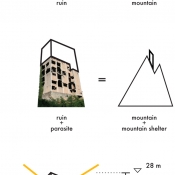 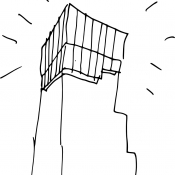 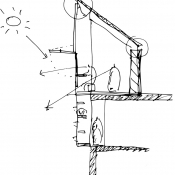 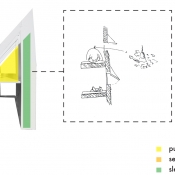 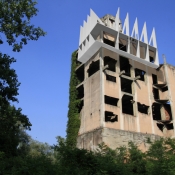 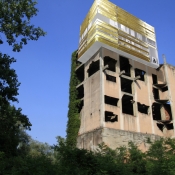 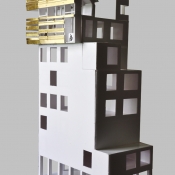 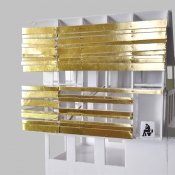 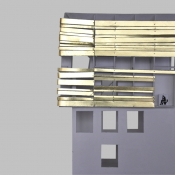 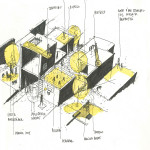 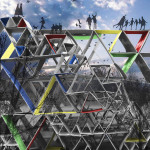