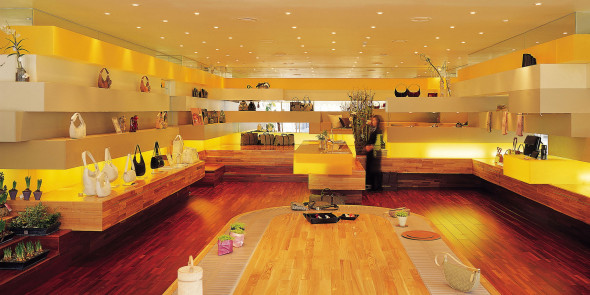 The entire flagship store is conceived as a total built-in display.

Each layer runs all around the shop, to define a clear stripes pattern, but functions vary: steps are turned into benches, displays into floors, acryl shelves into counters, shelves into sofas.

Sophisticated technologies also help magic things to happen: a revolving display, in the center of the store, brings the bags close to the customers and, at dusk, the front window is turned into a projection screen. The side windows are reduced in order to preciously frame the items displayed, offering an interesting glimpse of the interior atmosphere, while the façade on the main boulevard is inspired by Louis Quatorze brand identity pattern and shows some sympathy for Louis XIV ancient logo: the Sun. 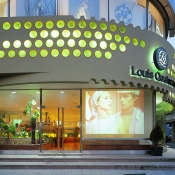 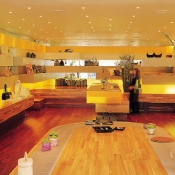 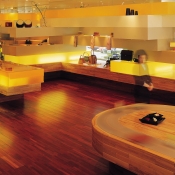 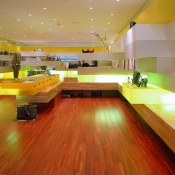 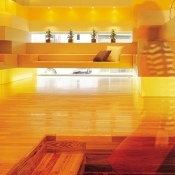 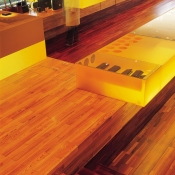 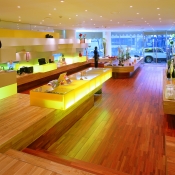 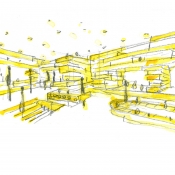 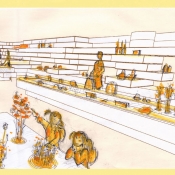 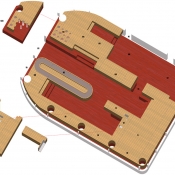 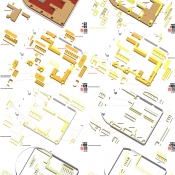 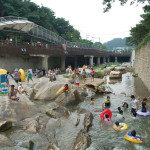 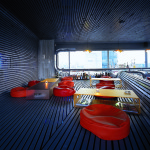 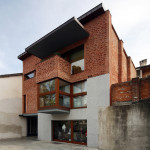